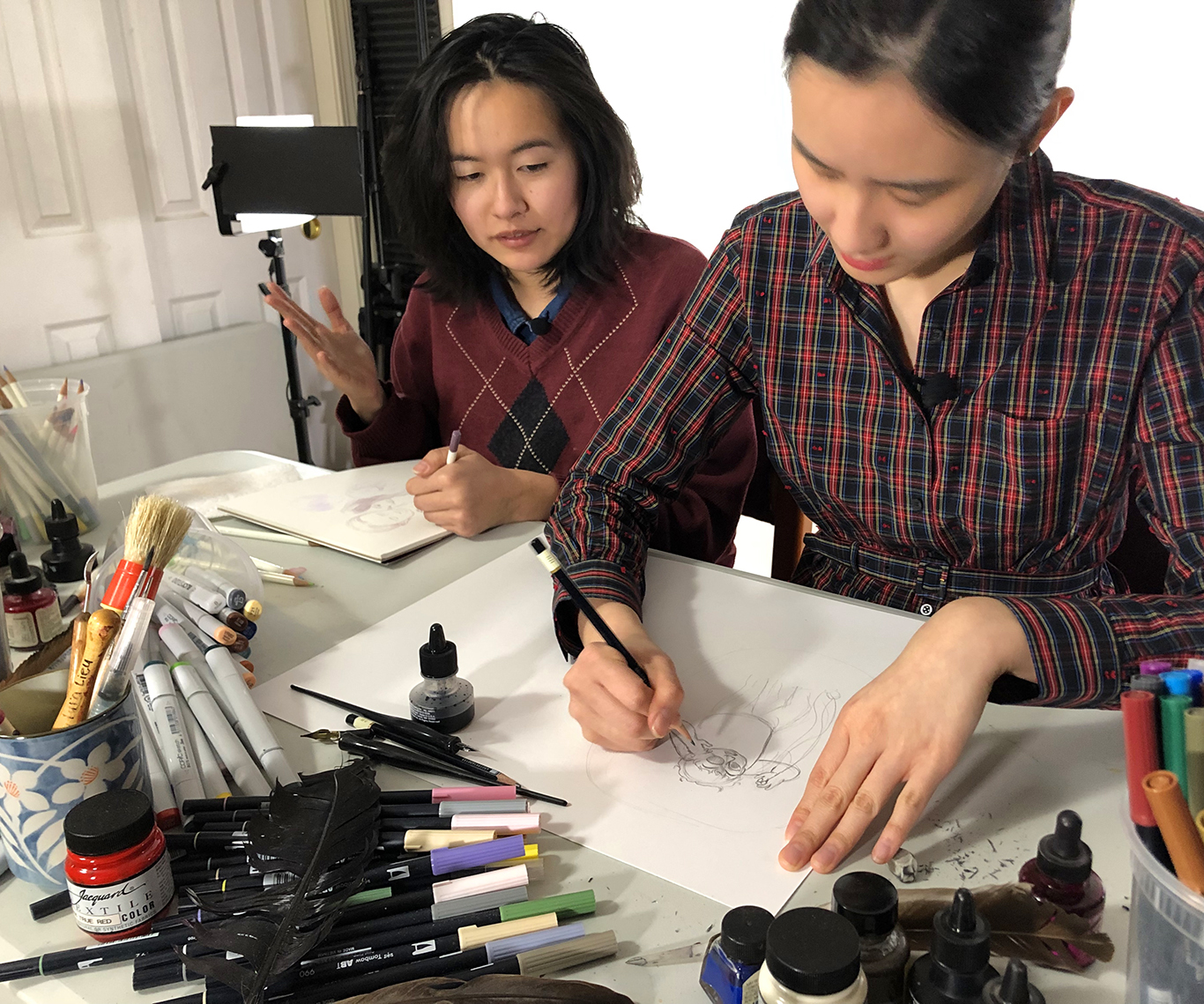 We had a packed day this past Sunday, shooting our upcoming character design tutorial with Teaching Artists Cat Huang and Julie Benbassat.

I studied Illustration during my undergraduate study at RISD, but I have to this day, never done a professional illustration job and have no plans whatsoever to try in the future. (I’m 100% a fine artist through and through, that I know.) That’s why it’s was so much fun for me to listen to Cat and Julie discuss character design for this tutorial.

How to Draw a Character Design with Ink & Photoshop

Julie and Cat had so much expertise to share, but their friendly banter was also hilarious to watch and made the ideas they were communicating stick more.  (you can’t fake having fun!) Somehow, during the tutorial, Cat and Julie managed to mention and discuss Dale Chihuly, “17 pandas,” a T-shirt logo that looked like a bra, a cravat that was mistaken for a corvette, and more! (confused?  You’ll have to watch the tutorial when it’s released) While art education is number one here at Art Prof, we also managed to sneak in some silliness too.

Not only are the two of them are able to create characters and worlds, but they can both draw entirely from imagination and create a convincing image. I have never, ever been able to draw entirely from my imagination, so I got a lot of insight into the creative process for designing a character. Cat and Julie had so many smart tips to share for designing a character:  Cat explained how important it is to start with the story before you sketch the character. If you asked me to do character design I totally would have made the mistake of drawing the character before I wrote the story.

Hope you got a chance to do something creative today!