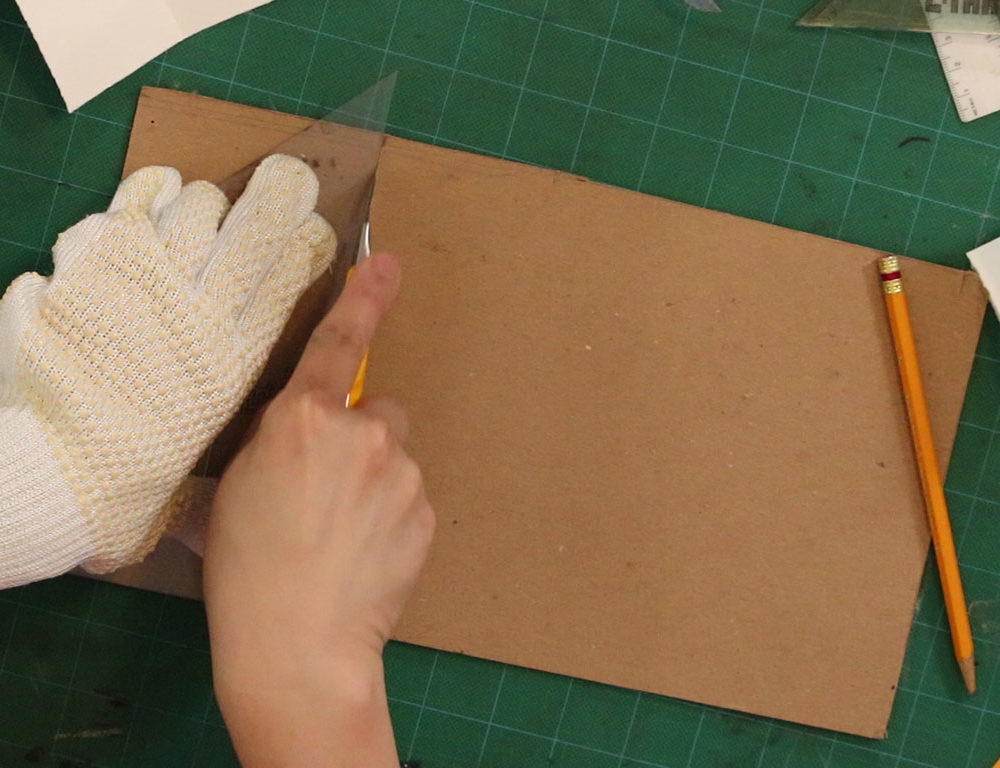 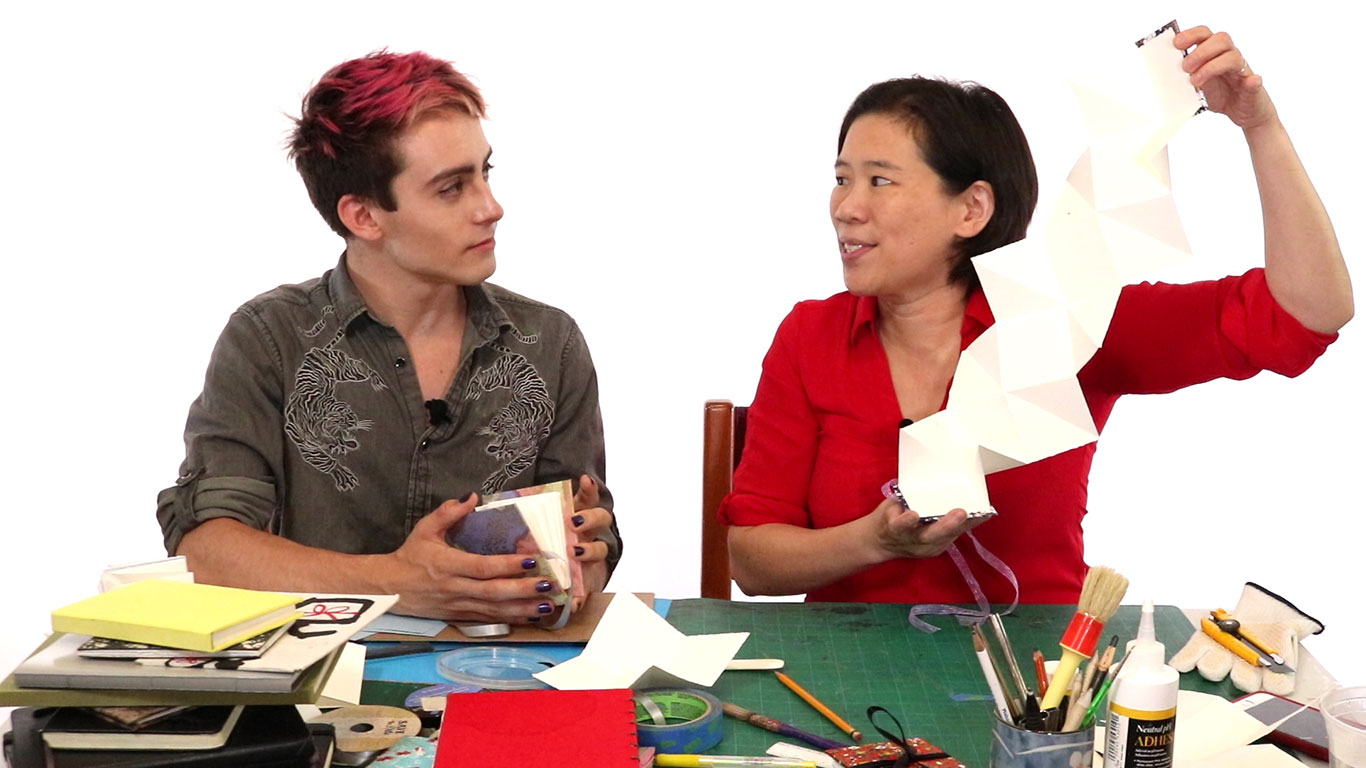 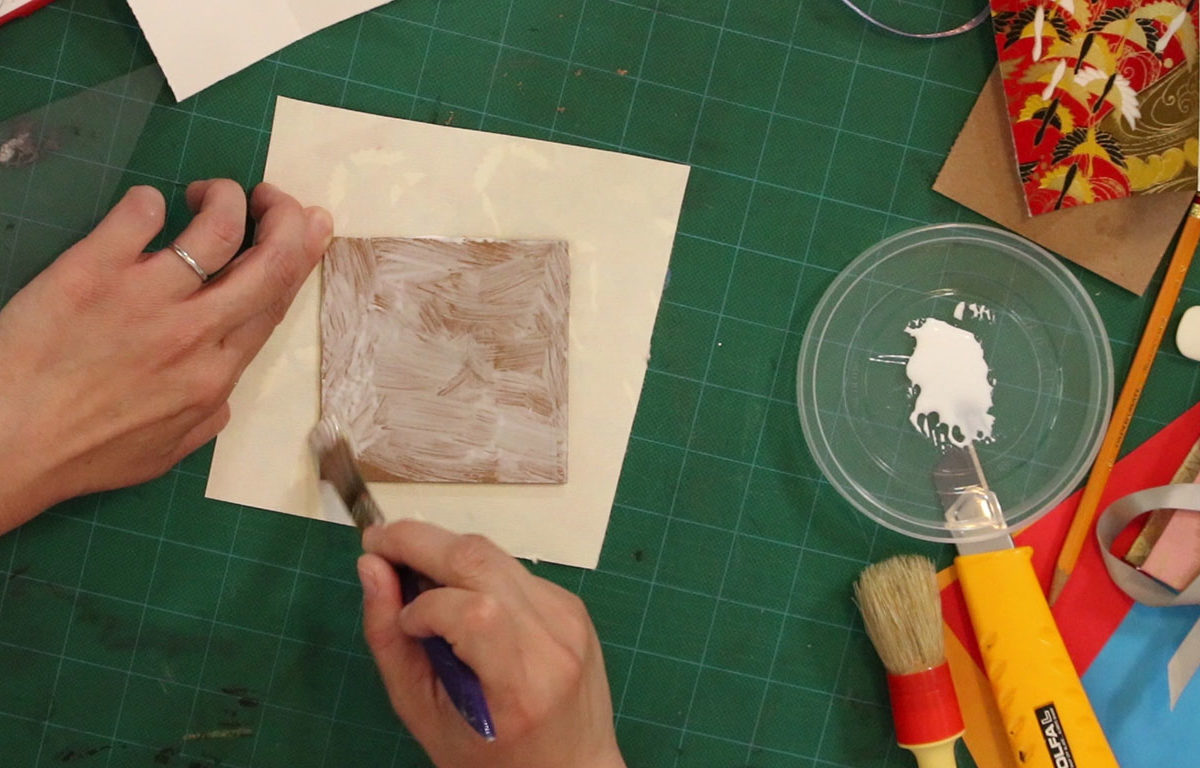 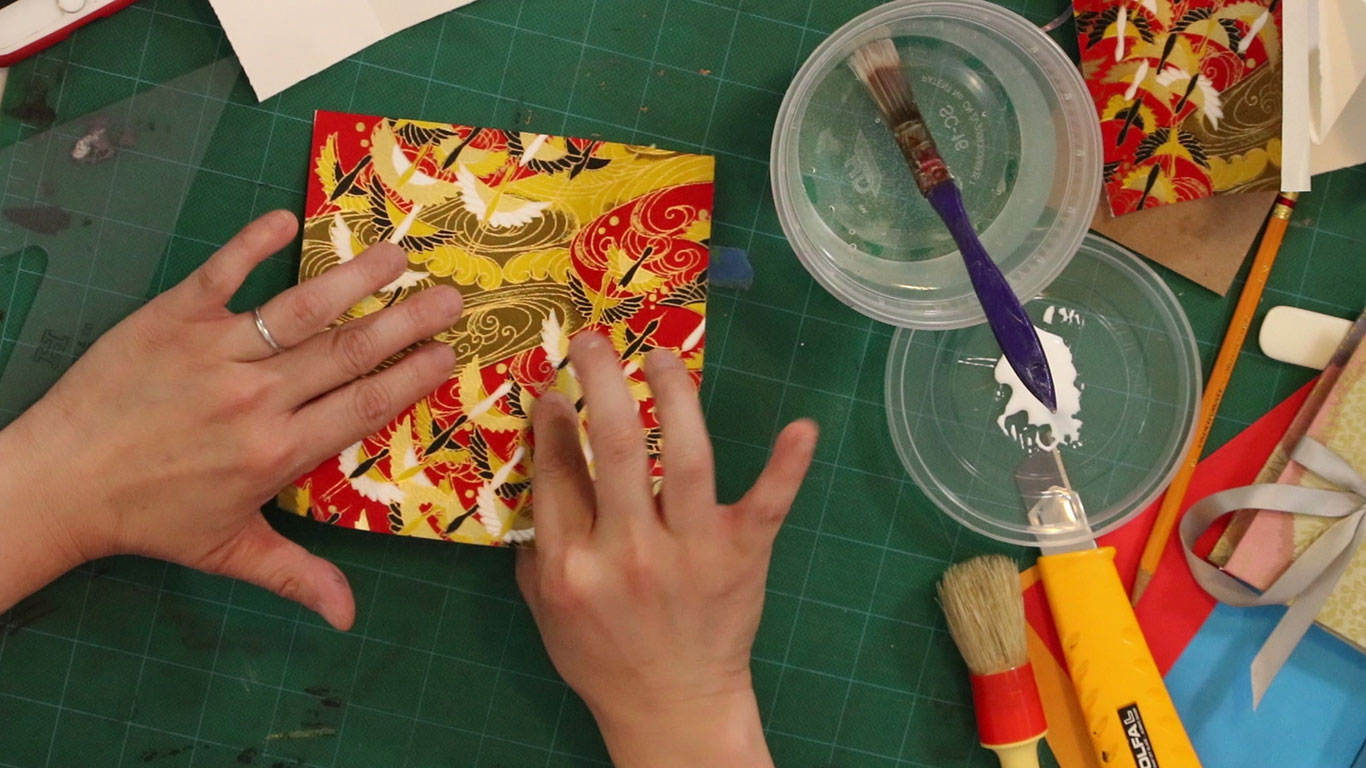 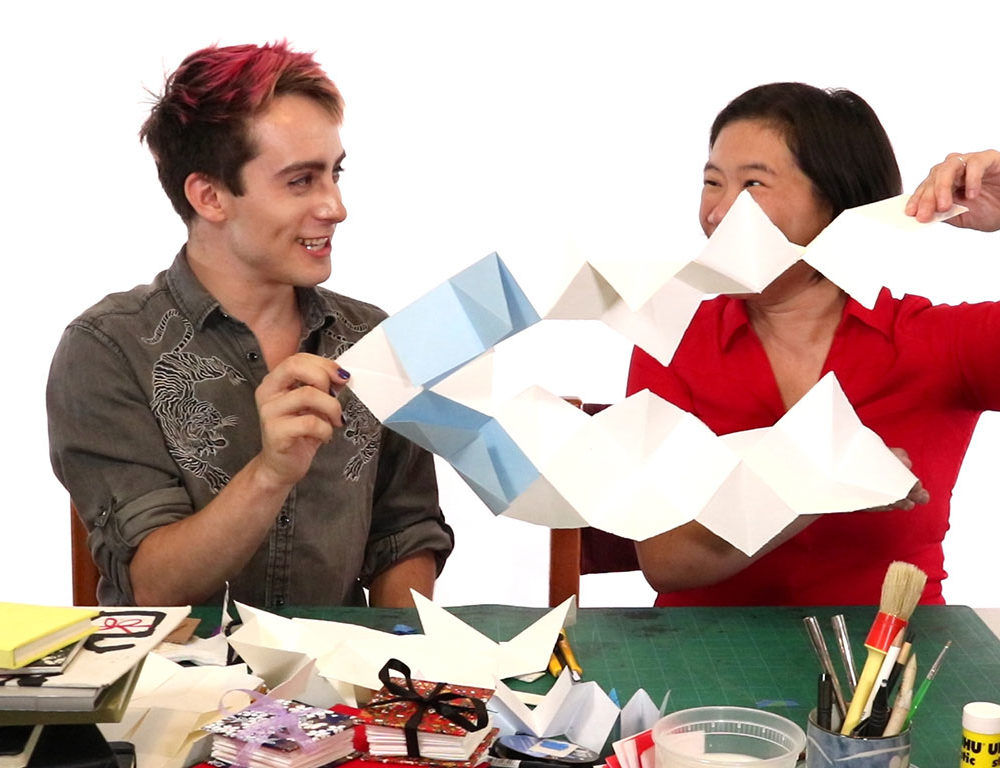 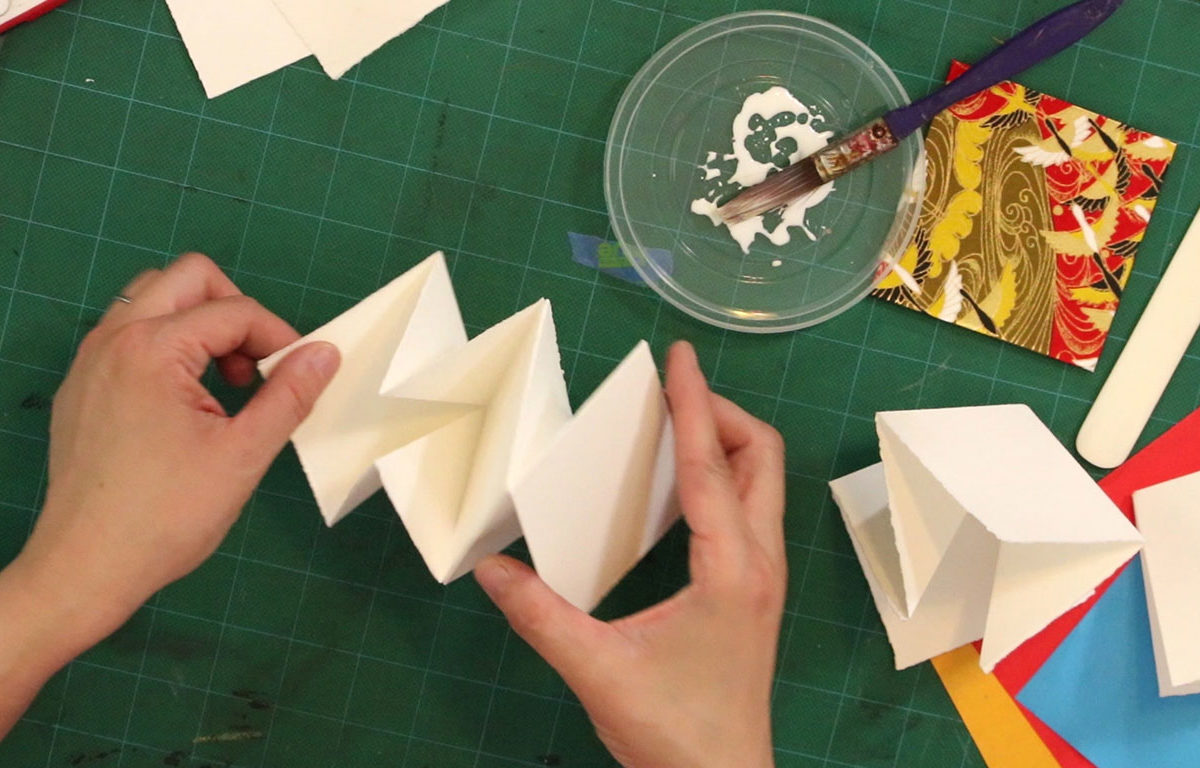 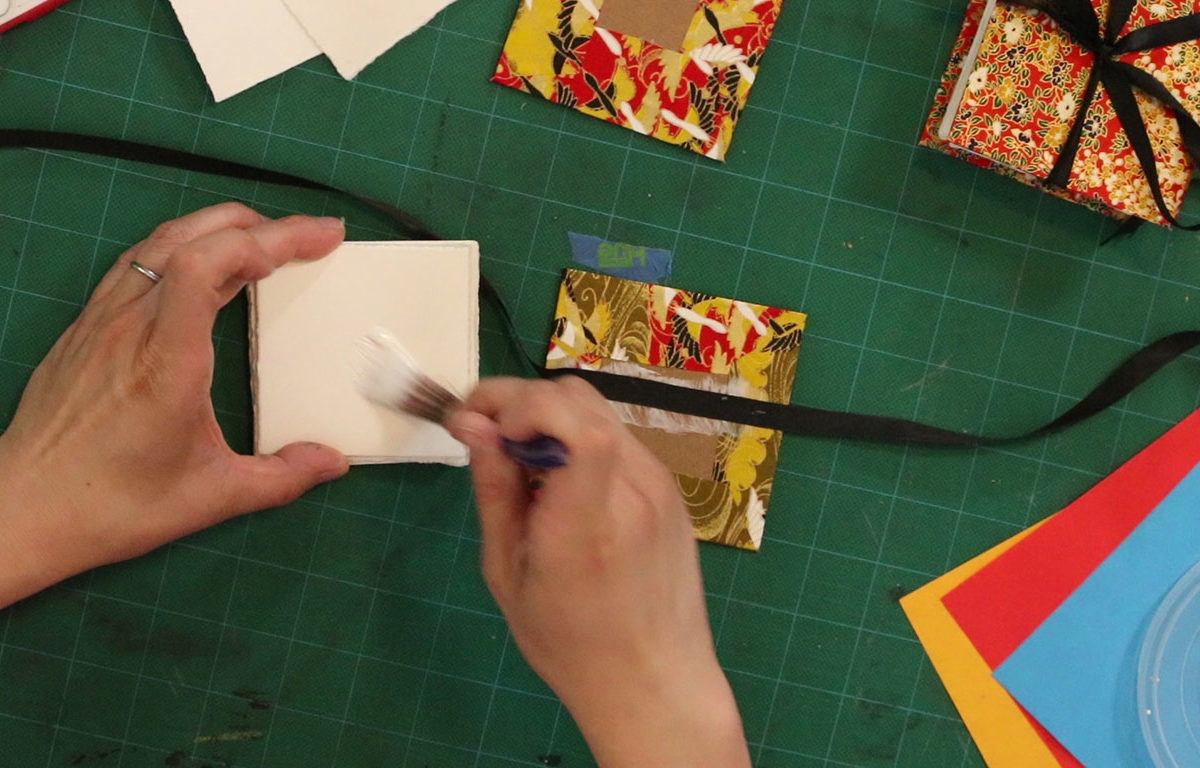 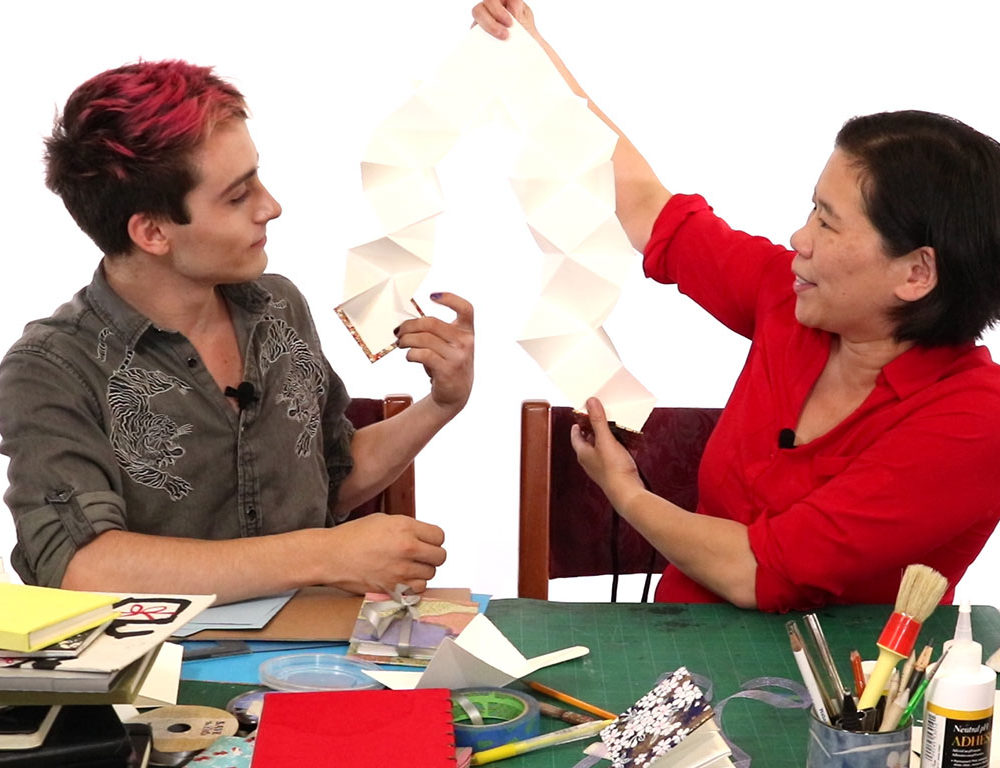 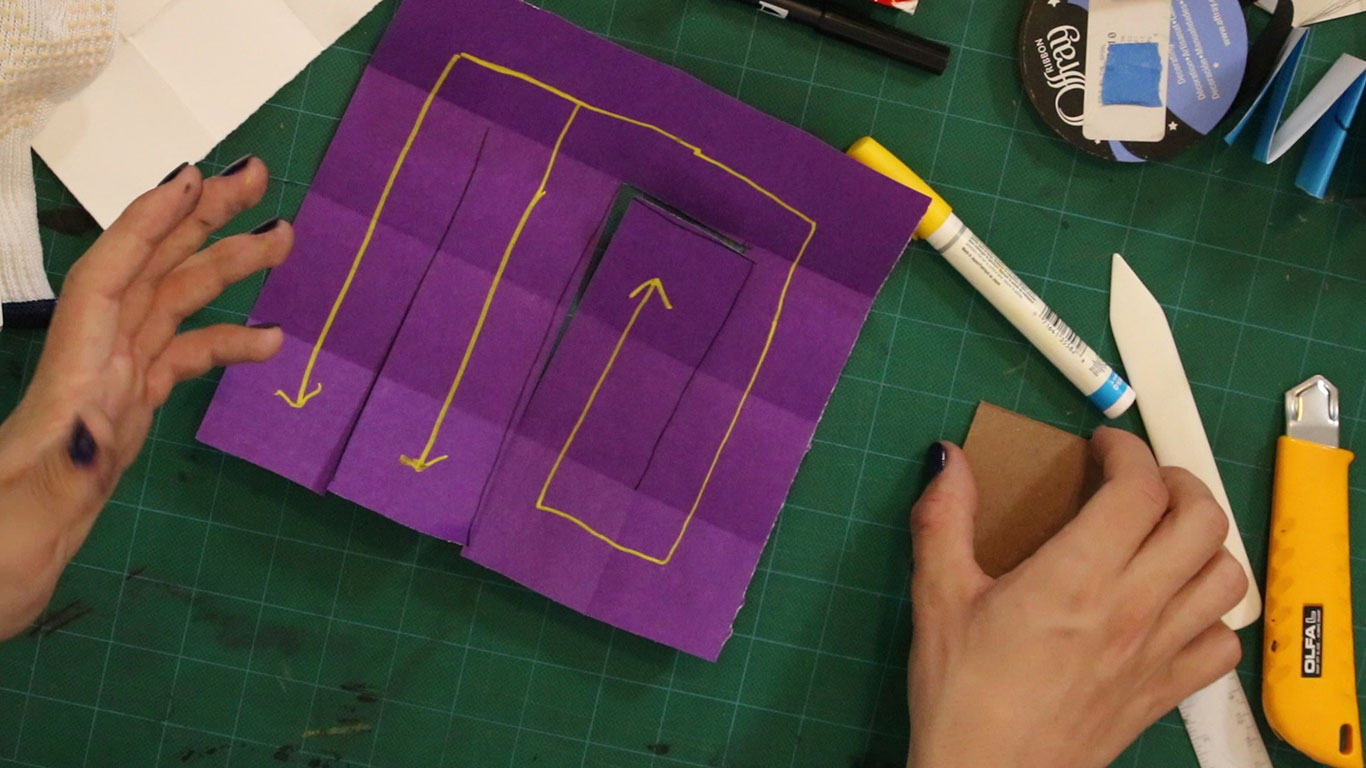 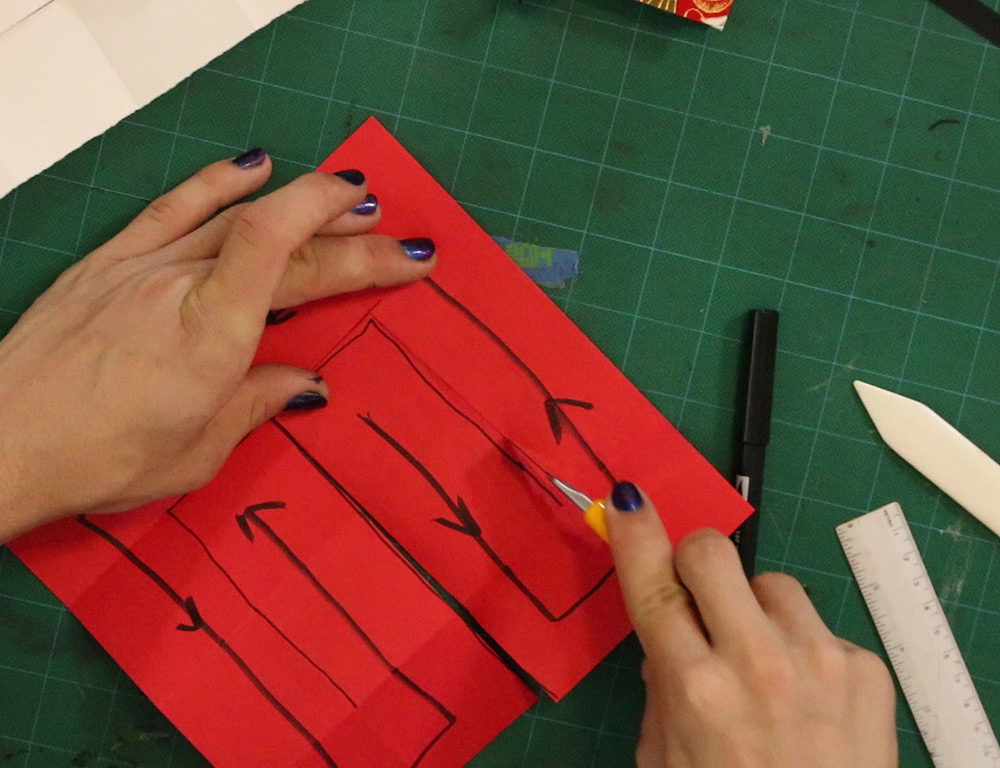 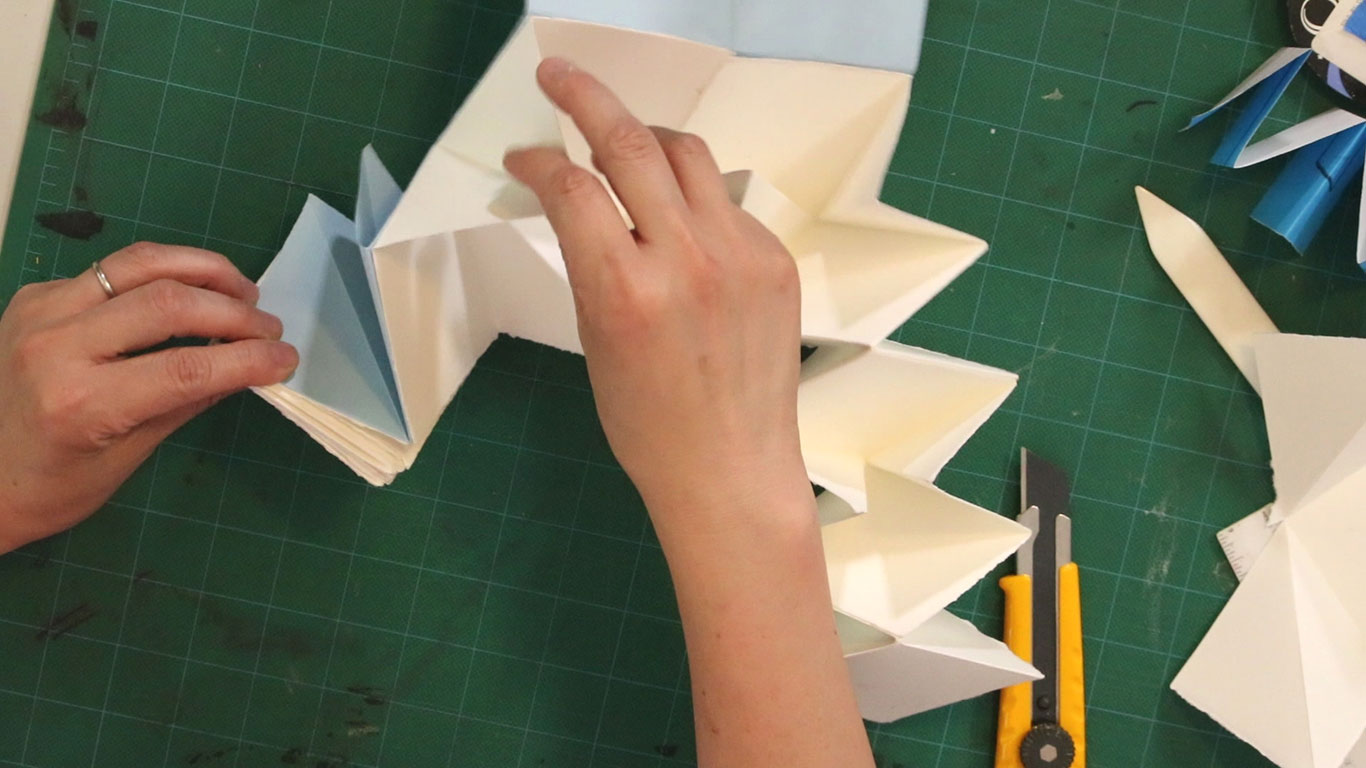 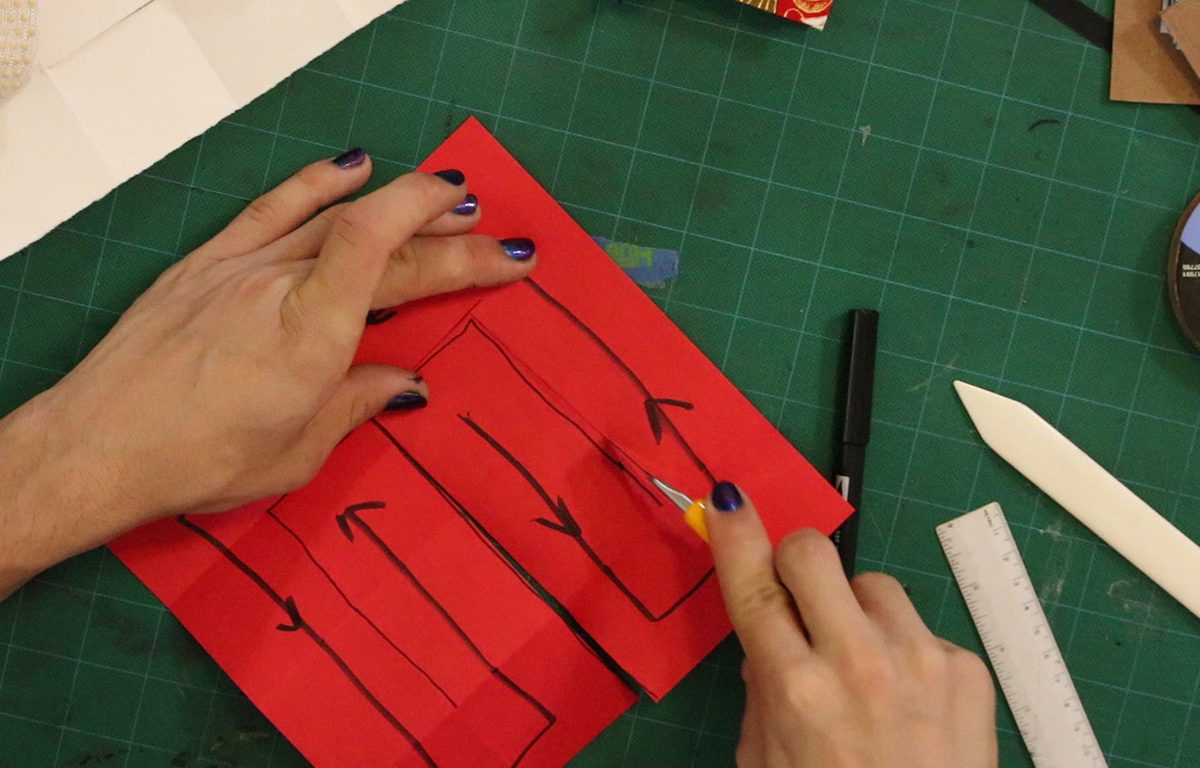 Prof Lieu: “I learned how to do the lotus fold because I really wanted to do these artist book projects with my classes. So it was really cool when you were my teaching assistant for design class, and you brought up this idea of doing a meandering fold, which I’d never heard of before.”

Caffrey: “Yeah, I thought it was very important to include some less linear ideas for books within the project because that opened up a whole new world of different types of books for them to make.

You had me make a few different sample books in order to introduce it to you to show it to the class, and so I was making the sample of lotus, of meandering, I was like, why don’t we try combining these just to see how it would work? And it ended up working a lot better than I expected.”

Prof Lieu: “I’m surprised that it worked, because they’re such different formats, they don’t seem like they would combine together well. I think because you saw both folds, you understood what both was capable of, you were able to get them to merge well. One of the reason I like lotus and meandering is because it really is a visual experience.

So if you have for example, this is book which is a coptic stitch, this is a traditional book where you have on page after another, it’s very predictable the way you’re supposed to read it. If you take a look at the lotus fold, it opens in such a way that there is no next page. You can go from one section to another.”

Caffrey: “And that’s very similar to in the meandering fold, where there’s kind of these overlaps between the pages, because the pages never really end. And then also you have these interesting turns in there, which visually are very exciting because you never expect a book to turn ninety degrees while you’re in the middle of it.”

Prof Lieu: “I also like that these books feel very three dimensional. They’re more like objects than they are like books, and that in itself makes them very different.”

Caffrey: “I mean I’m just holding it open and it’s standing straight up.”

Prof Lieu: “Exactly, and lotus is the same way! You just pull it open and even if I try to make it flat, it doesn’t really want to go flat. Which is really fun.”

Caffrey: “And then we get to the meandering lotus, which just opens in a crazy way. Who even knows what’s happening, but’s so exciting.”

Prof Lieu: “It’s so much fun, I mean it really feels like a sculptural book. No matter what you do, you have to make two book covers. And that’s super fun because you can get all sorts of beautiful decorative papers, you can even get something here, like book cloth, which is very durable.

We’re going to make the covers out of binders board which is a very sturdy, thick board which is specially made for book binding. And it’s important that you measure your book covers really accurately. Figure out how big the square is going to be for each segment.

In this case, we’re using a six inch square. However, the lotus fold eventually becomes a three inch square. I usually like to add half an inch, because you want your book cover to be bigger than your folded paper, which then makes this a three and a half inch square for the book cover.

And notice that I’m wearing a glove, because these utility knives are incredibly sharp. They’re great, but you really have to be careful when you’re using them, because you can cut yourself when you’re not paying attention.”

Caffrey: “Especially with binder’s board, which is a really tough material, so it’s going to take a few slices to get through. It just makes it that much more likely that there’s going to be an accident.”

Prof Lieu: “Absolutely. With binder’s board, you’ll notice I’m cutting it like thirty times. A lot of people, they try to cut it like twice, and then they’re like why didn’t it cut? It’s better to just cut it lightly and often, then try to get it cut in two cuts.”

Caffrey: “And if you try to separate it to early, you’re going to end with the tearing of the layers of the binder’s board, so definitely wait until you see that its separated, and now that it’s completely apart.”

Prof Lieu: “You can see that now it’s separated, and now you’re ready to do it. Some people, they try to tear it before separates, and then you get these fuzzies and it looks really bad. Book binding I find, really requires good craftsmanship. It’s not something you can rush, you have to be very careful, and just really neat with your materials.”