Artist Statement
“I plan on applying early decision to art school this fall, if my portfolio is in a good place. My high school, as academically challenging as it is, is limited in its opportunities for art education. Over the past two years, I have worked outside of school to try and create as much as I can through various pre-college programs, and by myself.

I enjoy character design, as well as painting and pushing the boundaries of everything that I create. I love experimenting with different effects and techniques in my work, especially through digital media, such as Photoshop. I am motivated by my love of storytelling and creating characters, as well as the people I meet/observe in my everyday life.

My plan is to apply to my top choice art school early decision, but I am willing to revise and put more work into my portfolio (or even wait until regular decision, if necessary) if this/other reviews reflect that it is not ready for admission.

My short term goal is to create a strong portfolio that is worthy of admission to my top choice art school and my long term goal is to become a successful working artist. I would love to hear any feedback regarding the strength and competitiveness of my portfolio so that I can better my chances for a successful application.” 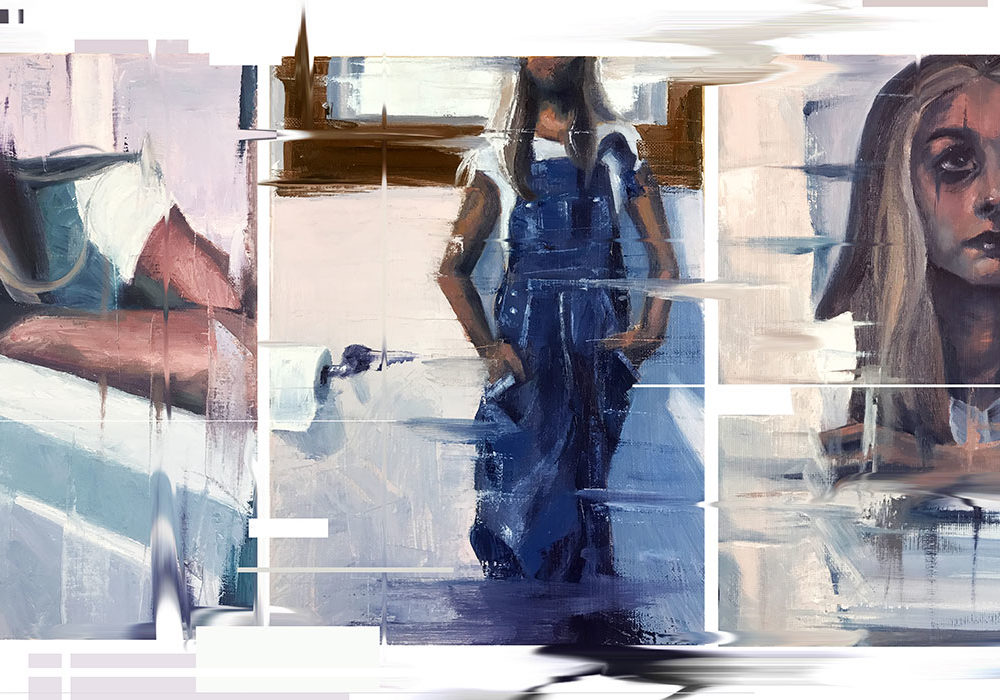 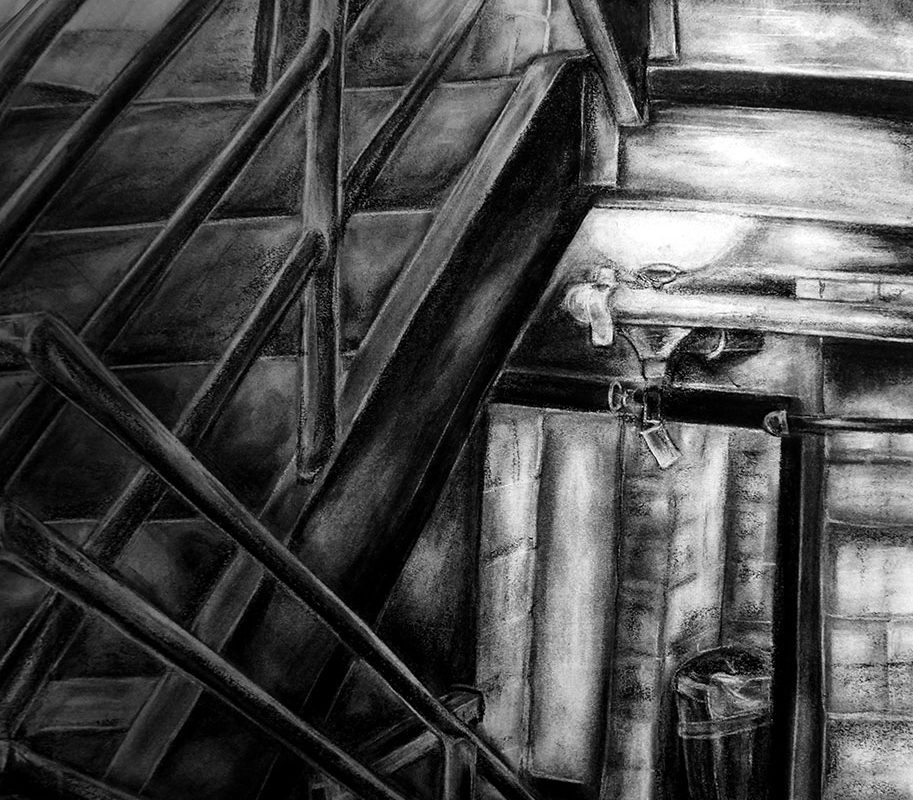 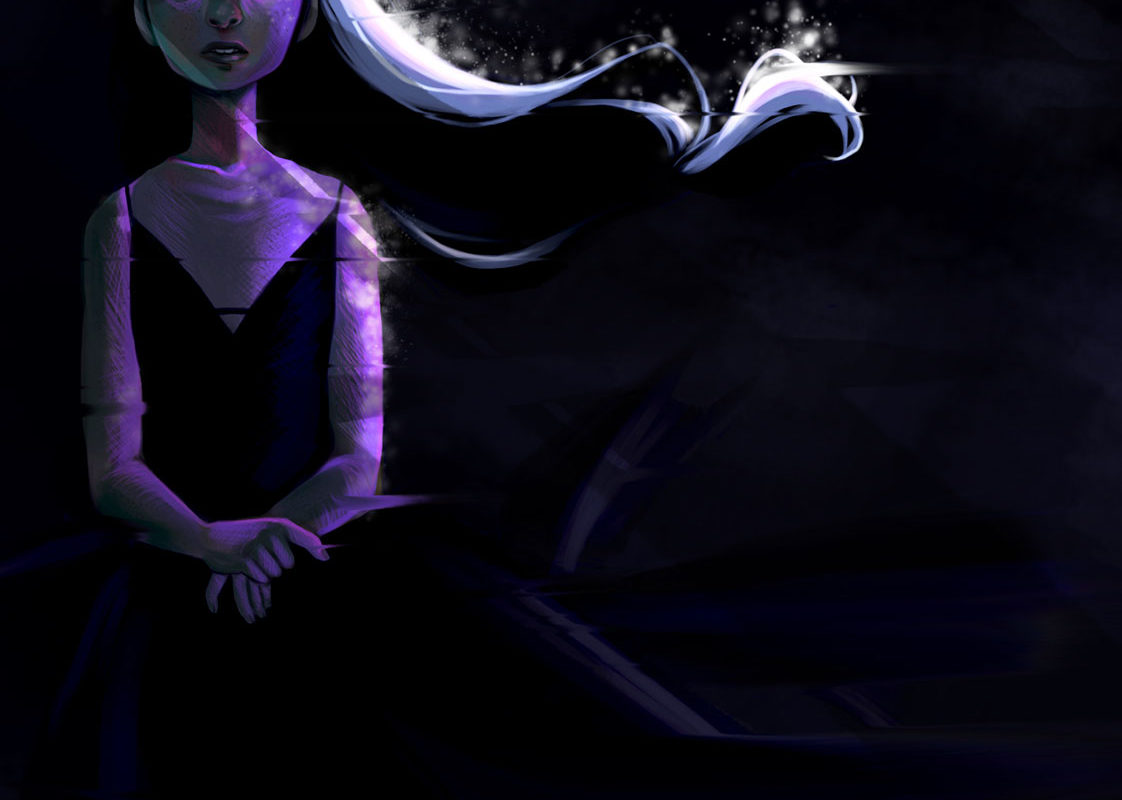 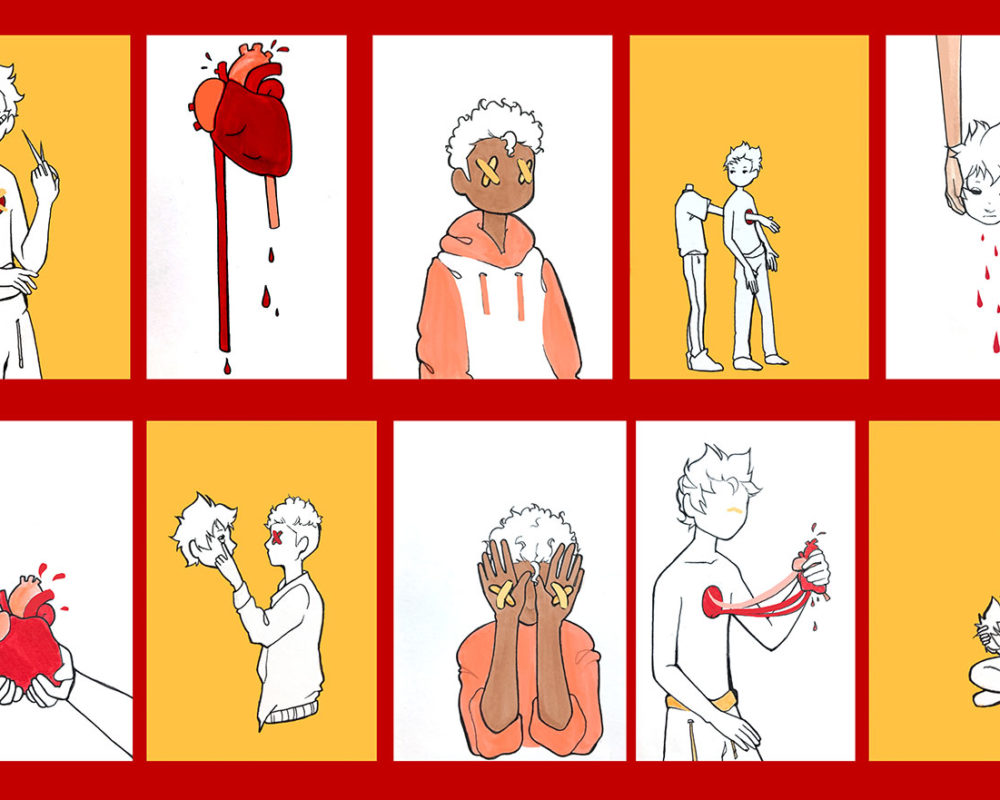 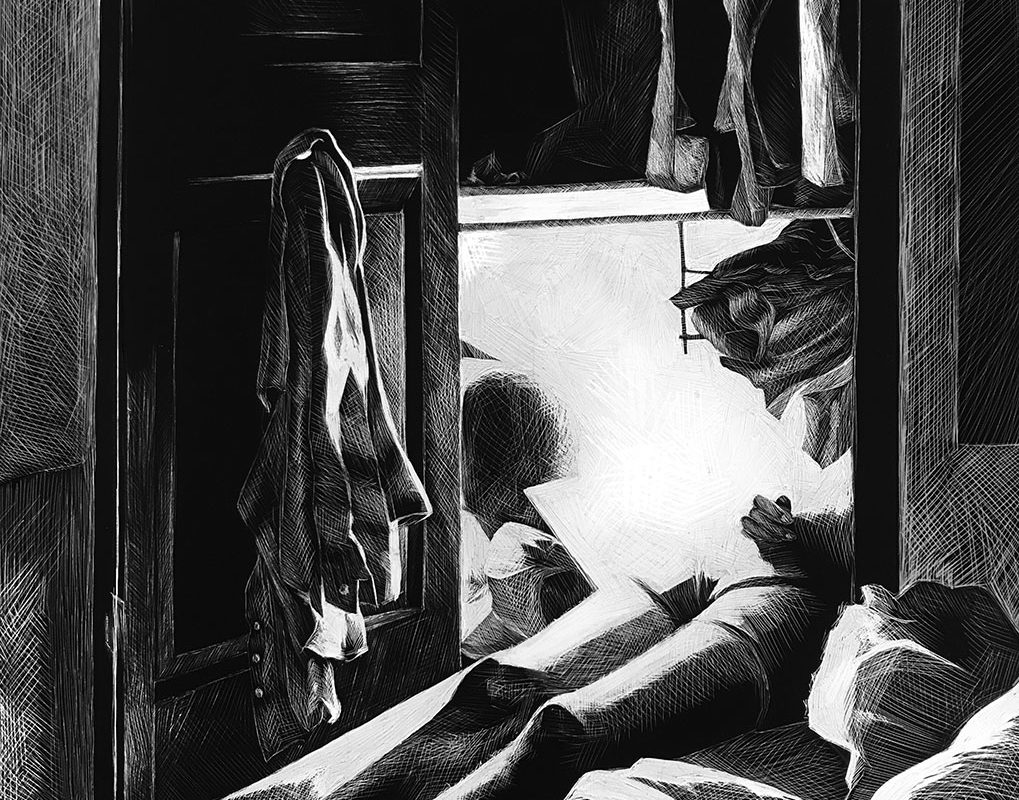 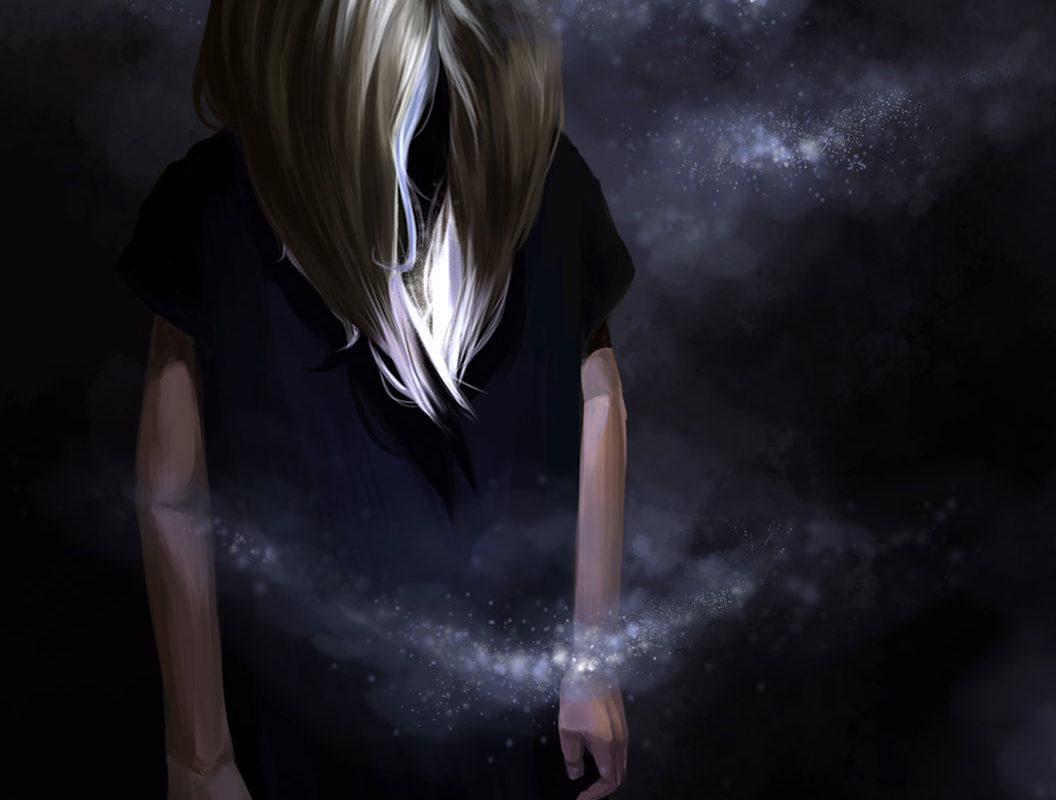 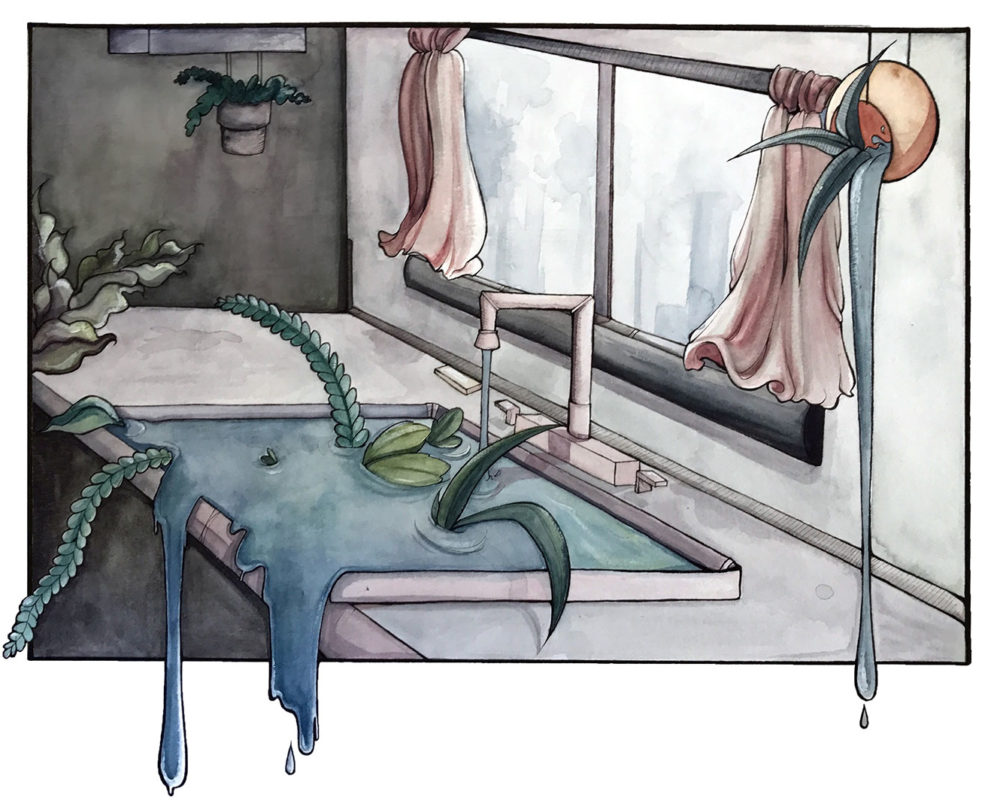 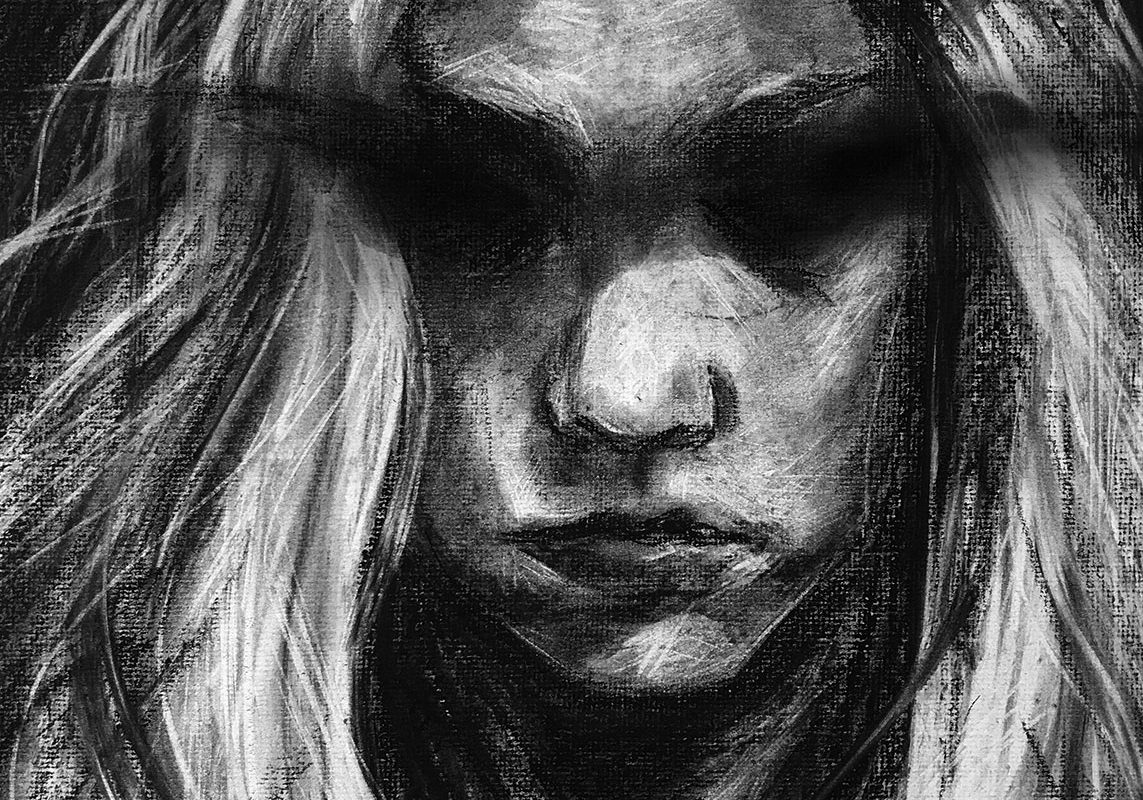 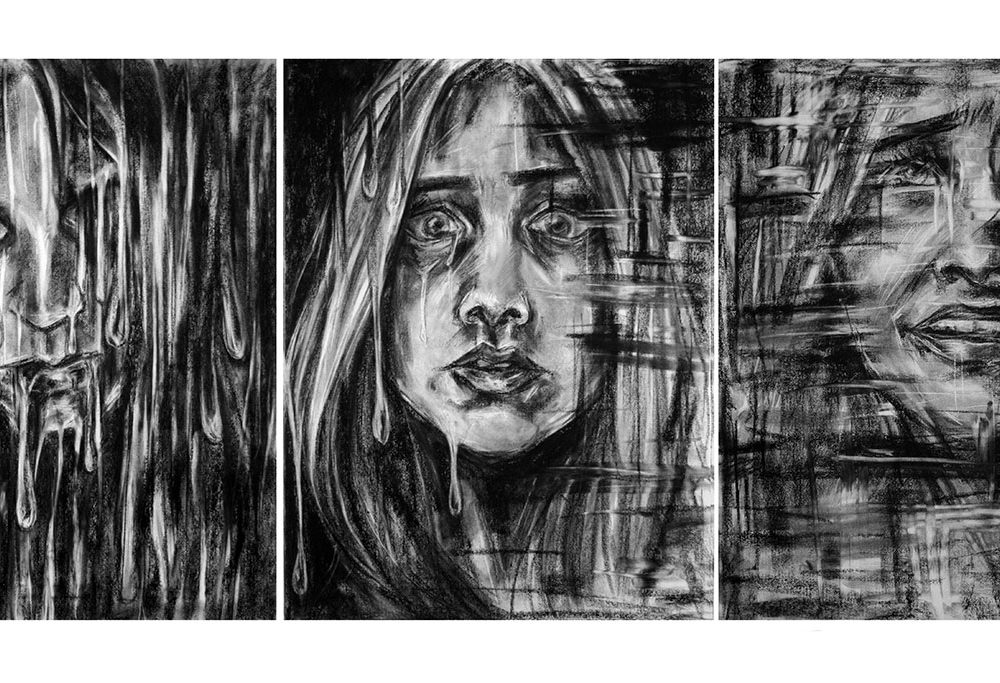 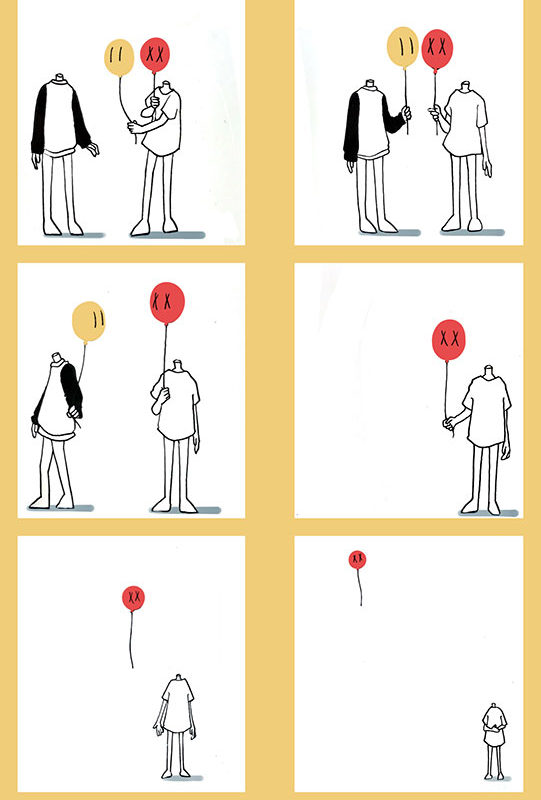 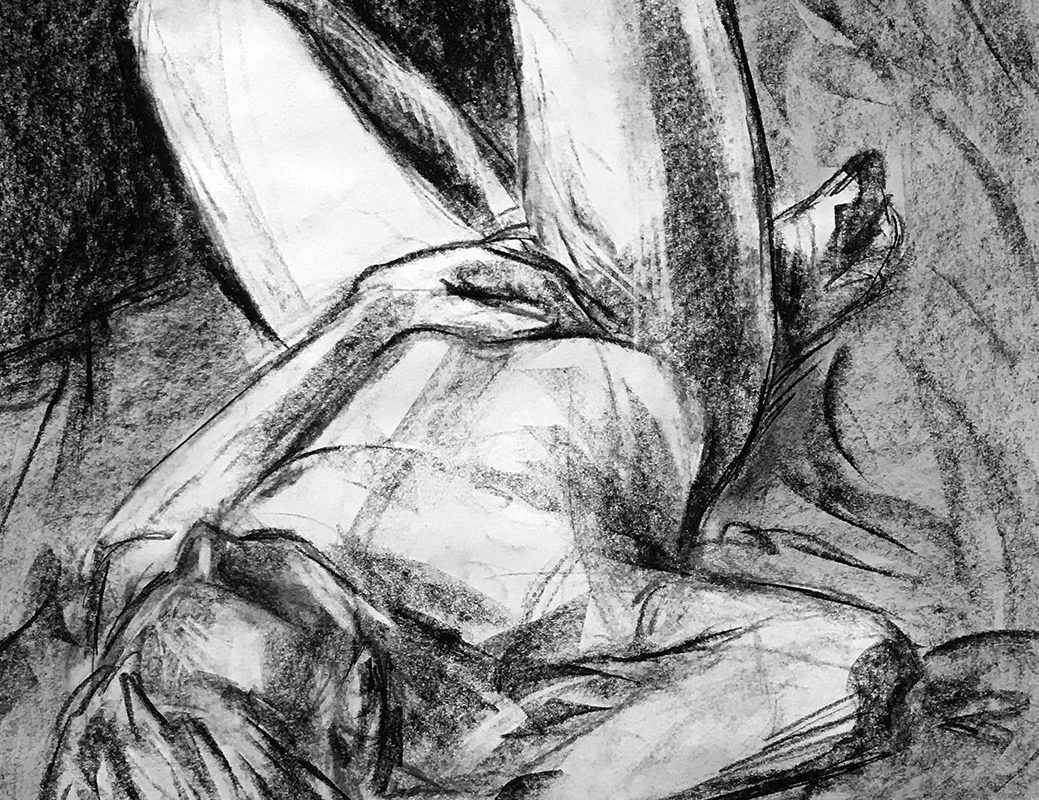 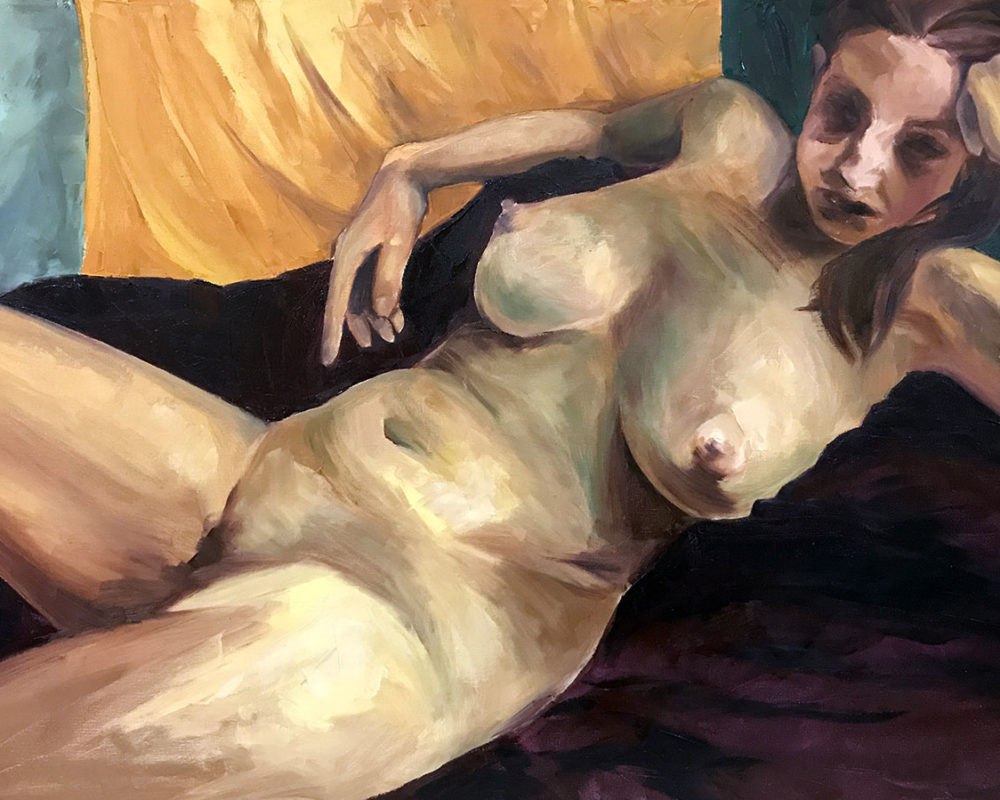 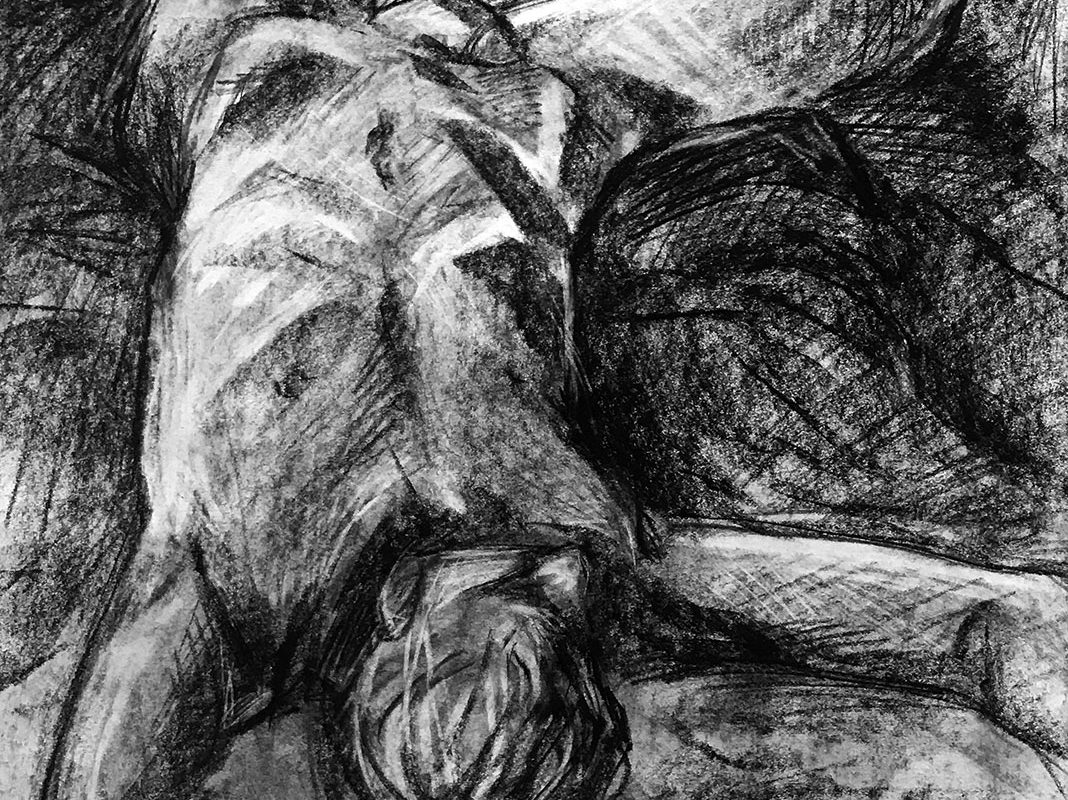 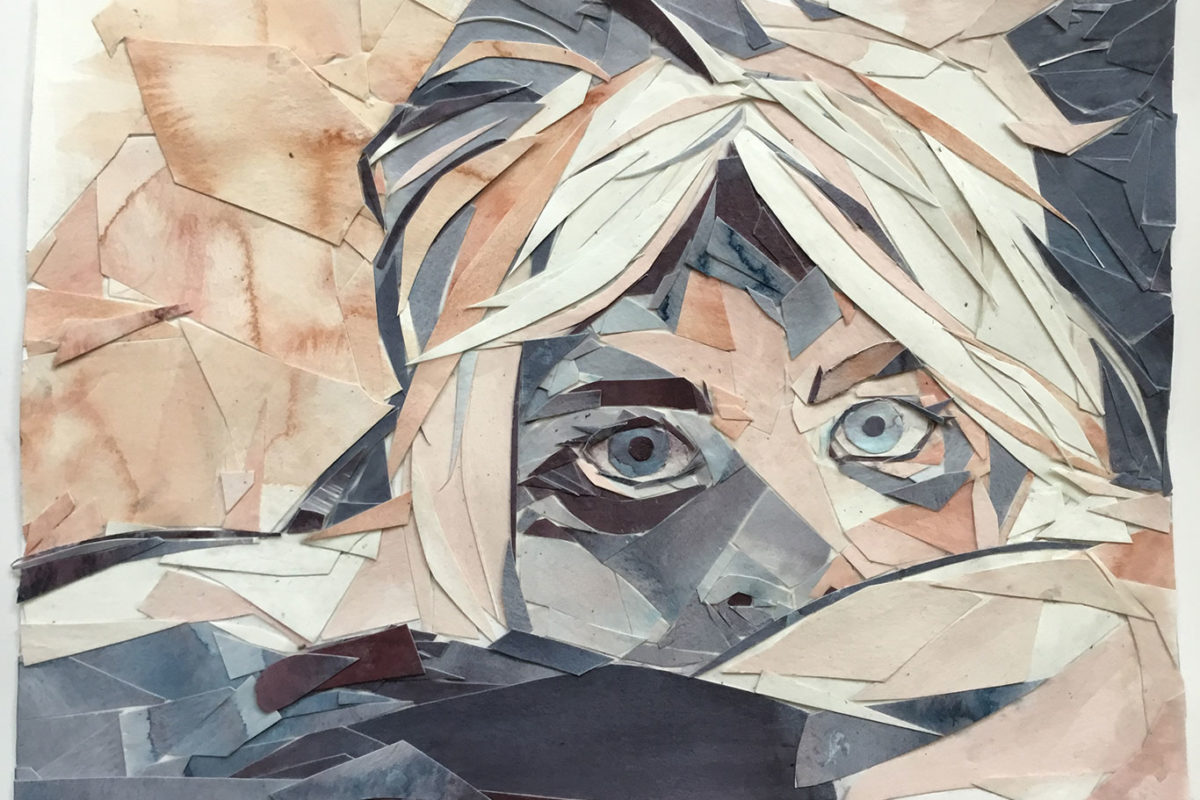 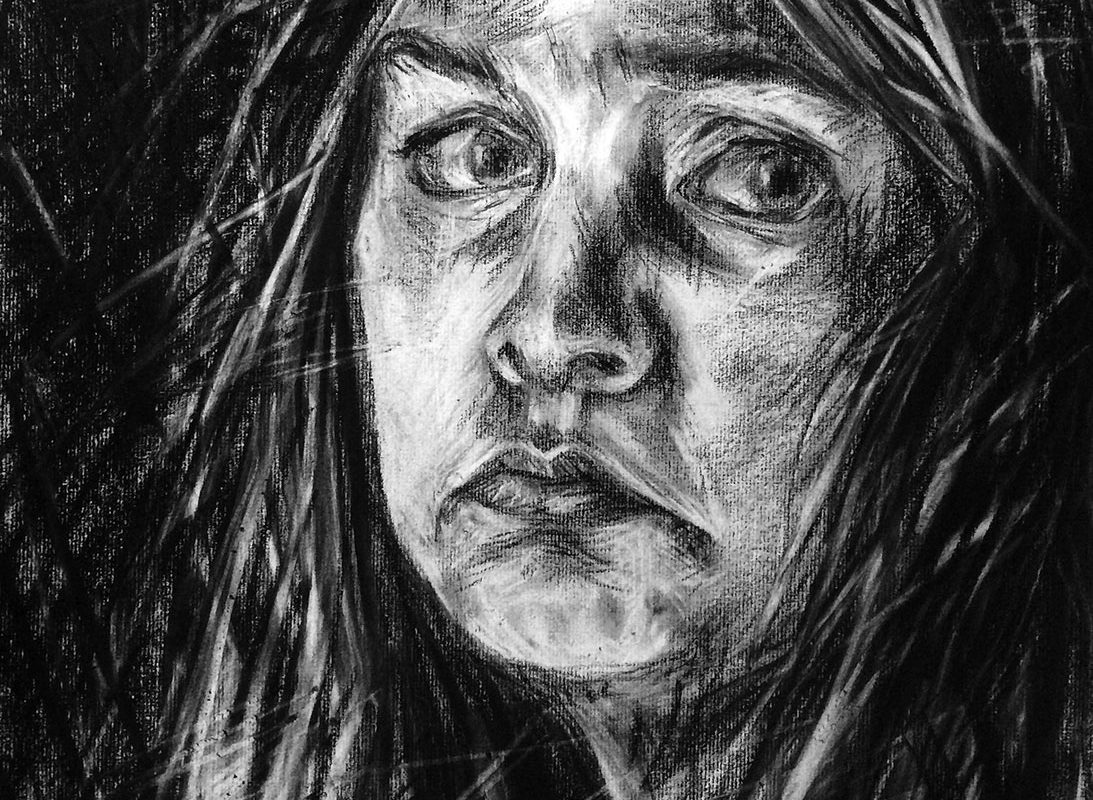 “Hi Amelia! My name is Alex, I’m one of the TAs for Art Prof, and today we’re going to be reviewing your portfolio. You’ve sent us your artist statement and the pieces, and how this is going to work: we’ll go through your portfolio piece by piece as it were, and talk about what’s working, what needs improvement, and as we go through it, we’ll start to compile things that you are doing well for your work, and things that could be improved as you continue your portfolio work.

So starting off with this piece, in general,–and this’ll be a comment I’ll make a couple times in this review, –I think you need to push more your sense of depth, and this is one of the most successful pieces that you’ve done with it. I want you to notice how in the eyes, like in the bridge of the nose: look at how you’re fading between a nice gray and getting into a darker dark, and then the eye sockets are just this beautiful pitch black. And that’s fantastic.

Now I want you to look down below the chin at the character’s neck, and you see how that doesn’t quite convey the sense of depth as the area around the eyes and the nose does? I think the thing that you need to work on, and in some pieces, like in the case of this piece–it’s just a little matter of tweaking it here and there.

Take the bridge of the nose; if you added one bright, shine of a highlight right there at the tip,–that would really push the space forward. Look at the things you’re doing well, like the eyes and the area of the lower lip and how it fades into the chin. Look at those areas, push those areas further. And I think that’s going to bring you a lot of success in the future works that you do. But keep an eye on that as you’re moving forward with it.

This piece, same thing where I think you need to work more on how you’re carving out the space. For example, the character’s two eyes–they look to be about the same level, or the same space in front of me. However, the character’s right eye should be further in the background. Like explore the lighting a little bit more on how to do that.

Something that this one is doing really well is, I like what you’re doing with the eraser technique within the hair. I think that’s doing some really cool things, and I’d like to see you do that throughout the rest of the face. This is one of those pieces that, where,–imagine a big rubber stamp that says redo on it. ‘Cause I’d love to see you try your hand at this one again, and incorporating that exciting texture into the rest of the piece.

There is something that this one and previous one are doing well, which is the sense of mood; sense of emotion. That’s coming across very well, and it kind of helps these transcend that level of just standard, traditional portraits. However, both of the moods seem fearful and on the negative emotion sides. Not that that’s a bad thing at all, but I’d be curious to see you push yourself into one that’s a different kind of feeling evoked.

Now this one transitioning the same thought: it kind of doesn’t show me anything more than these other two have. I would like to see the textures kind of pushed a little more. Mostly with the image on the left; I’m not sure if that water is meant to be a liquidy, drippy water, or a slow, thick, syrup. So I’d be curious for you to flex that out, and try your hand at it again.

Also with texture, but something this one is doing quite well, is that transition between piece number one, number two, and number three. I’m enjoying that transition where it all seems to be part of the same series, but it’s slowly exploring itself. However this one does bring up a point that will come up again, where the figure for all six of these images, does seem to be the same. Now for this one, of course, it’s a series. They should be.

I would challenge you to explore different models, and these don’t have to be professional models; could be friends or family. But that’s the thing that’s really important to show with technical portrait based work like this. You wanna show that you can do different ages, different genders, different races. Really push the boundaries, and show your skill set.

This is really nice, and you’re doing some really good things with texture here, especially those areas where you’re letting the texture of the paper come through with the really light cover of charcoal. That’s being really nicely done.”