Artist Statement
“The daughter of immigrants, I grew up in a small town in southeastern Louisiana. I now live in California. I get inspiration from dreams, history, people, events, and my mischievous childhood in the rural south. I’m driven to tell my own story, or other people’s stories, through illustrations.

I’ve been drawing all my life, but with many breaks due to life events. I’m self-taught. I use a variety of mediums depending on the project. For standalone art, watercolor and pencil are my preferred traditional painting mediums. For children’s book illustrations (which pass through directors and sometimes need a lot of editing), I use Photoshop. I’ve included only the latter as I want to do more commercial work like this.” 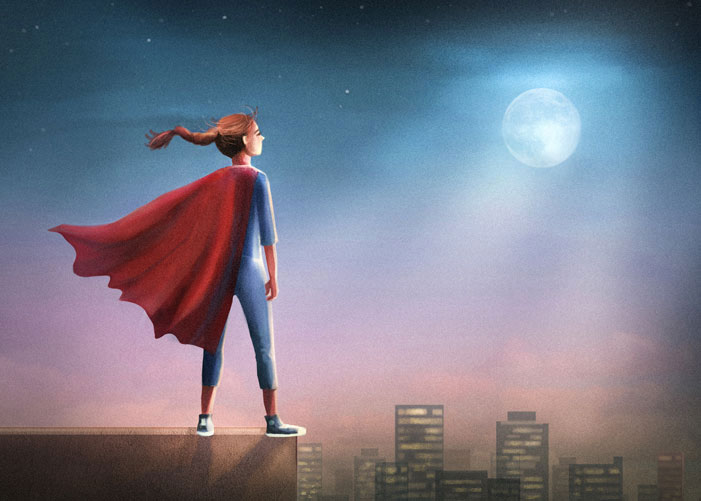 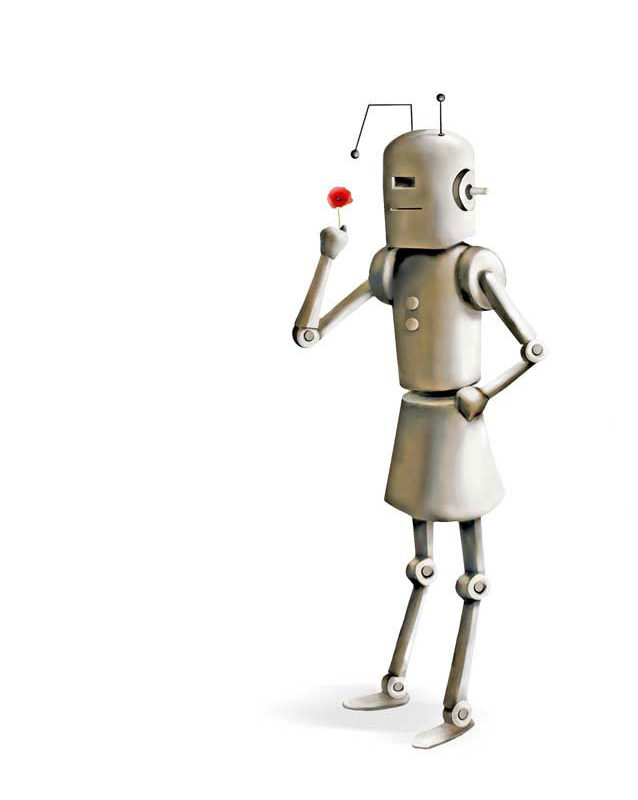 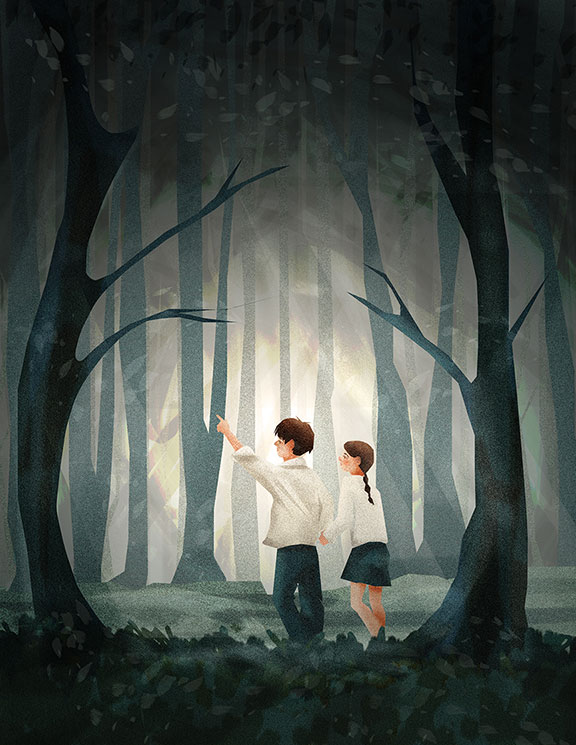 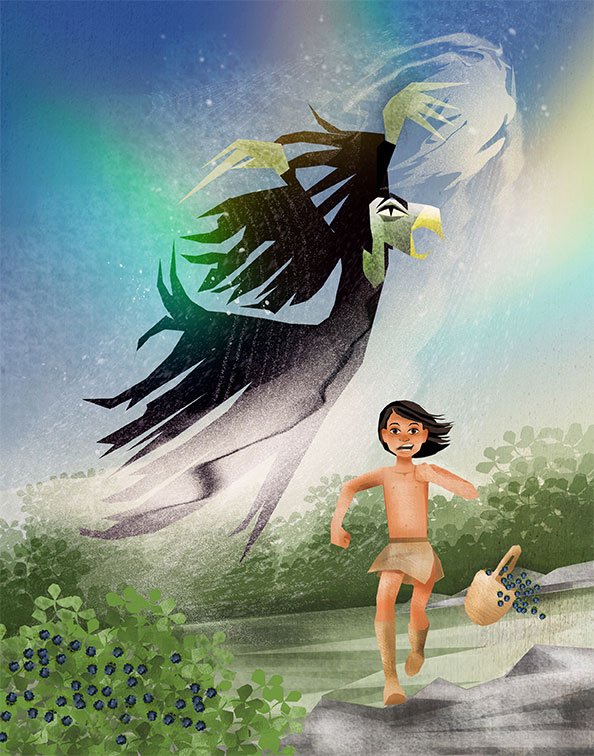 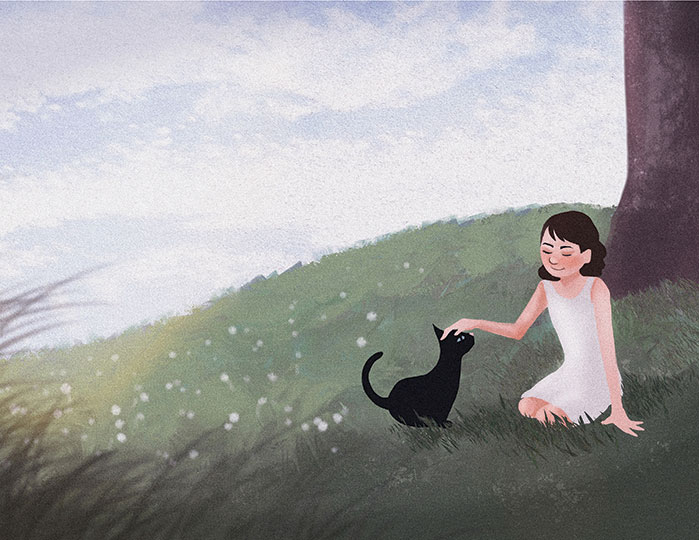 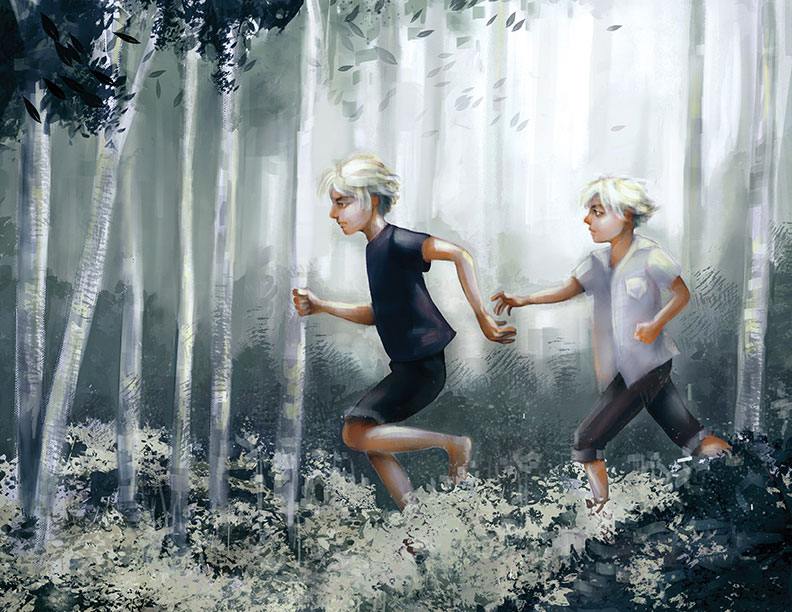 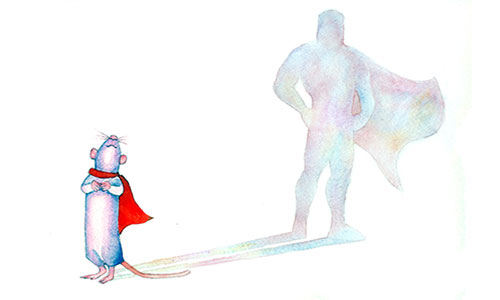 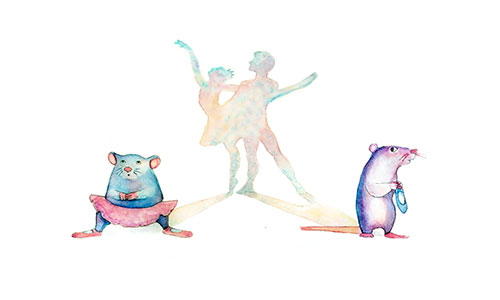 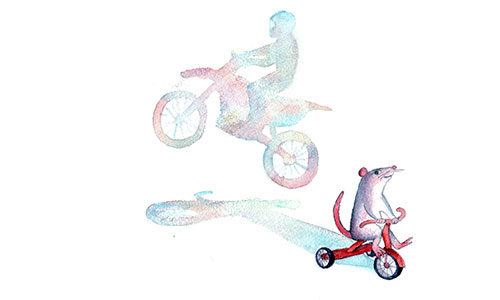 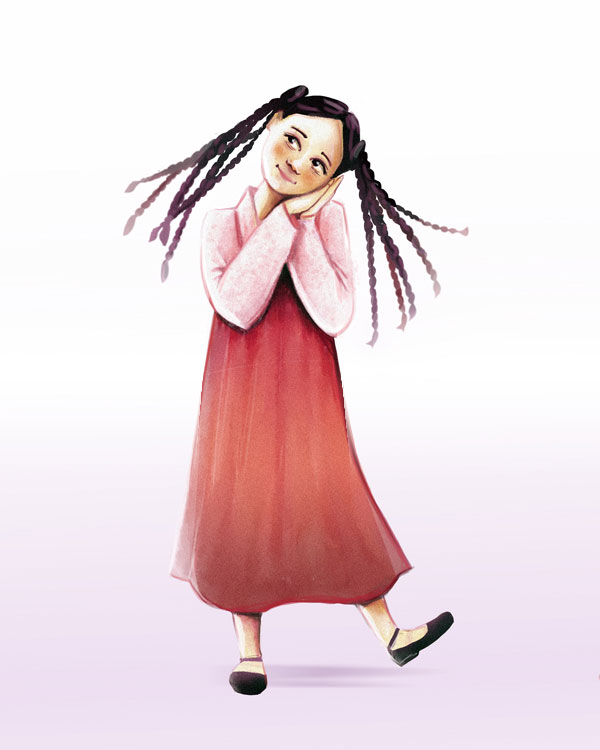 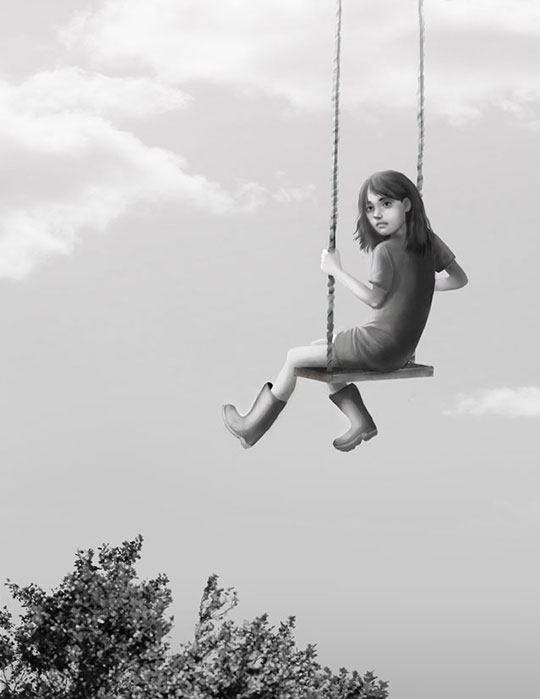 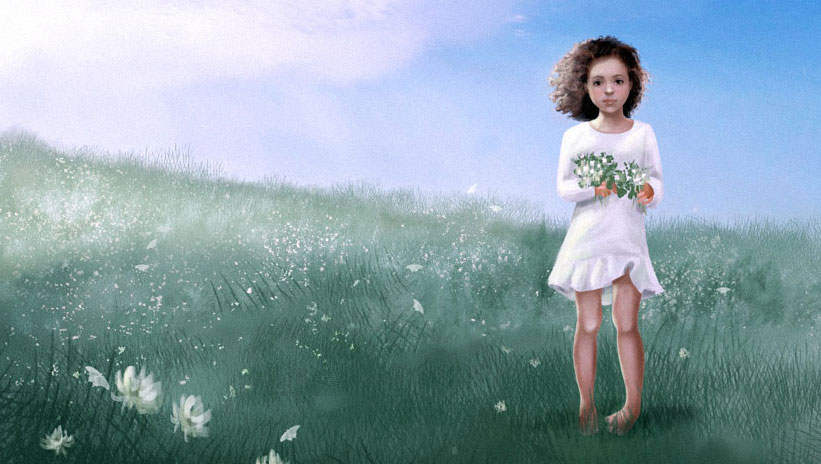 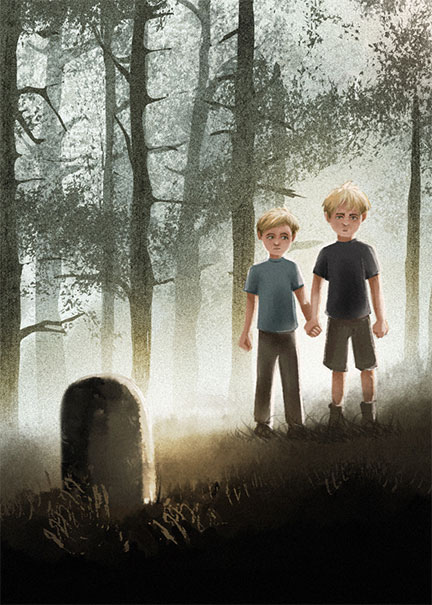 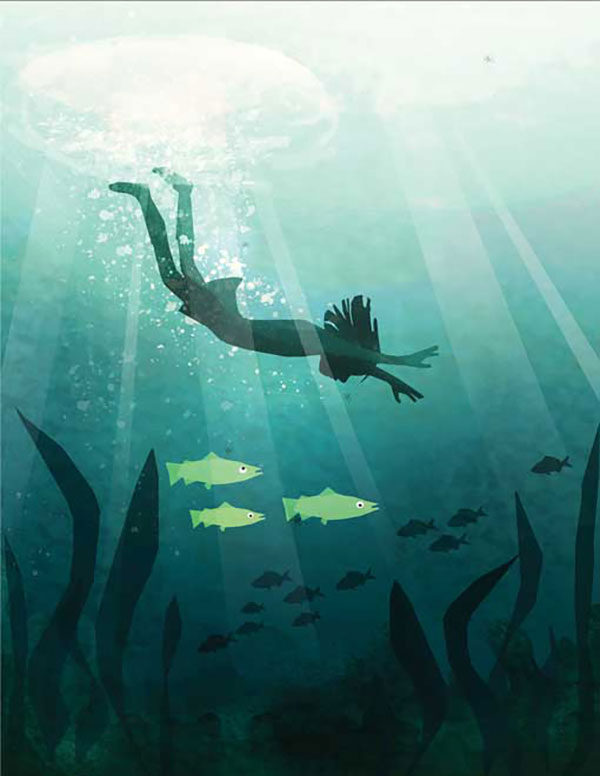 “Carrie, my name is Alex. I’m one of the TAs’ at Art Prof, and I feel like you’re on the right path. I don’t know if that’s gonna be another six months, or another couple years, but you have such a good feel of the kind of work you wanna tell, and you’re really starting to uncover that in your own work. And so, that’s why as we go through this portfolio critique, if I say pieces are just not good enough your portfolio, the harshness is coming from…you’re so close to achieving that style that will take you far.

In a nutshell, what I’m gonna say is to redo a lot of your portfolio. Don’t be discouraged by that, because if you have 14 images, and there’s a couple that are amazing and they’re really top quality stuff, you have to build up everything to match those. How we’re gonna make this portfolio critique work is, I’ll go through each image, and we’ll kind of; slowly start to compile the kind of list of things you’re doing well, the areas you could improve, and then from there we’ll talk about what the final steps are at the end, and how you can take your career to the next level over the next couple months.

We’re gonna start off with this little robot guy who is super charming, and this is a good one to start with, because it’s showing all the things you’re doing well, and all the things that you could use improvement upon. I love the image itself; it’s simply and beautifully composed, and the thing that strikes me most about it, is the simple colour. I don’t mean the simple colours in, like, just this punching red in the flower, which does have a charming look to it; your knowledge of colour where if you look into the body of the robot, you see those blues, those greens, like some pinks and yellows, and it doesn’t come off as sloppy.

And that’s the sign of, like, the technique that you have, and you knowing what is needed for a piece. Yeah, there’s some things with the robot that would fix; it sounds funny to say; the anatomy. So, we’ll talk about that in some of the drawings of people. I think my biggest critique with this robot– it looks to be as if you stopped at the first sketch you did when creating this character. This will be something that we’ll say throughout the critique; it looks like your characters need to be fleshed out a little bit more.

This one is a great example of that, starting off with that point. These two characters; they’re very simple; they’re very bland. You know, like LL Bean catalogue kind of thing, where they don’t have a lot of personality and a lot of character in their appearance. So when you’re creating a character, I love to talk about how every aspect of them can show a little bit of their personality, and not a lot of personality’s being shown through these guys.

Now, what is great here, is the atmosphere. I love the texture you’re doing in the woods. Your lighting is remarkable; that’s something that, as we talk through your portfolio, you consistently do very well. The light shining through the trees, like focusing you onto the tombstone…really good, powerful stuff. With these figures, you’re starting to do some good work with personality, where the older one looking very serious, and straight ahead, and then the younger child nervously looking towards it (the tombstone) for guidance.

So you’re starting to show that personality and character that we and, like, other publishers and things like that will want to see, but it just needs to be fleshed out more, and that can be fleshed out through character creation, through really doing a bunch of sketches of how you want these figures to look. Also, I’m really loving the variation of your mark-making here. This will be something that, throughout your digital work, you do very well. It doesn’t have that bland, flat look. It really has a life to it.

This piece is a really perfect example of your need to really flesh out the characters a little bit more, and really give them some more depth. Now the things this is doing well; of course, your lighting–really nice. I love the atmosphere you’re creating with the moon. Also, I really like how she’s this superhero figure. Now, and that sounds really weird and silly to say, but when I went to an illustration conference, they were talking a lot about how, thankfully, there’s a huge push to really show strong, female characters in young children’s books.”