Artist Statement
“I received my BFA in Painting and Drawing from SUNY Purchase in 2015. At the moment I am currently trying to build my portfolio to eventually apply to residencies. My overall goal as an artist is to eventually receive my MFA and teach at the college level.

My artwork deals with how environment affects our cognitive perception. Different environments seem to be easily defined as separate. But it is when you try to specifically define where one space transitions into another, that one realizes that dichotomies of space are constructs of perception. I have an interest in space and distance and how these constructs are relative to one’s fixed position both physically and psychologically.

One of the main concerns that I have with my artwork at the moment is that my work does not feel very cohesive as my interest in certain subjects fade very quickly. I find it difficult to find a common thread between my various works of art. Stylistically I sometimes feel that I do not have enough variety in my mark making and that my finished pieces can sometimes feel over/under worked.” 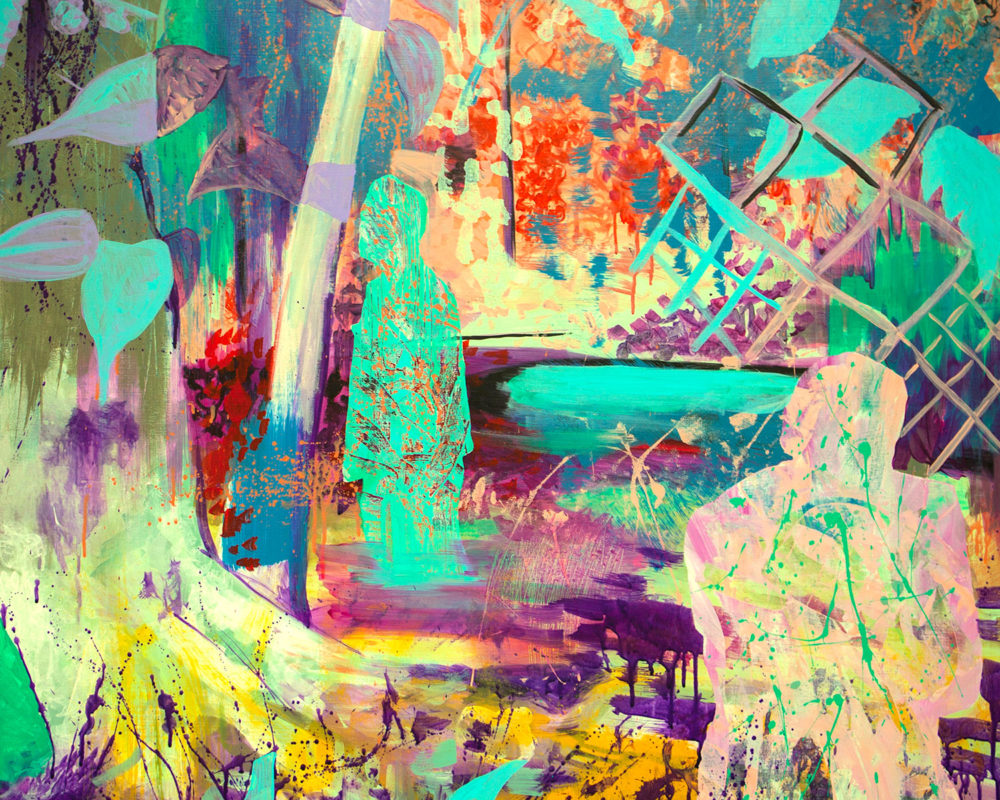 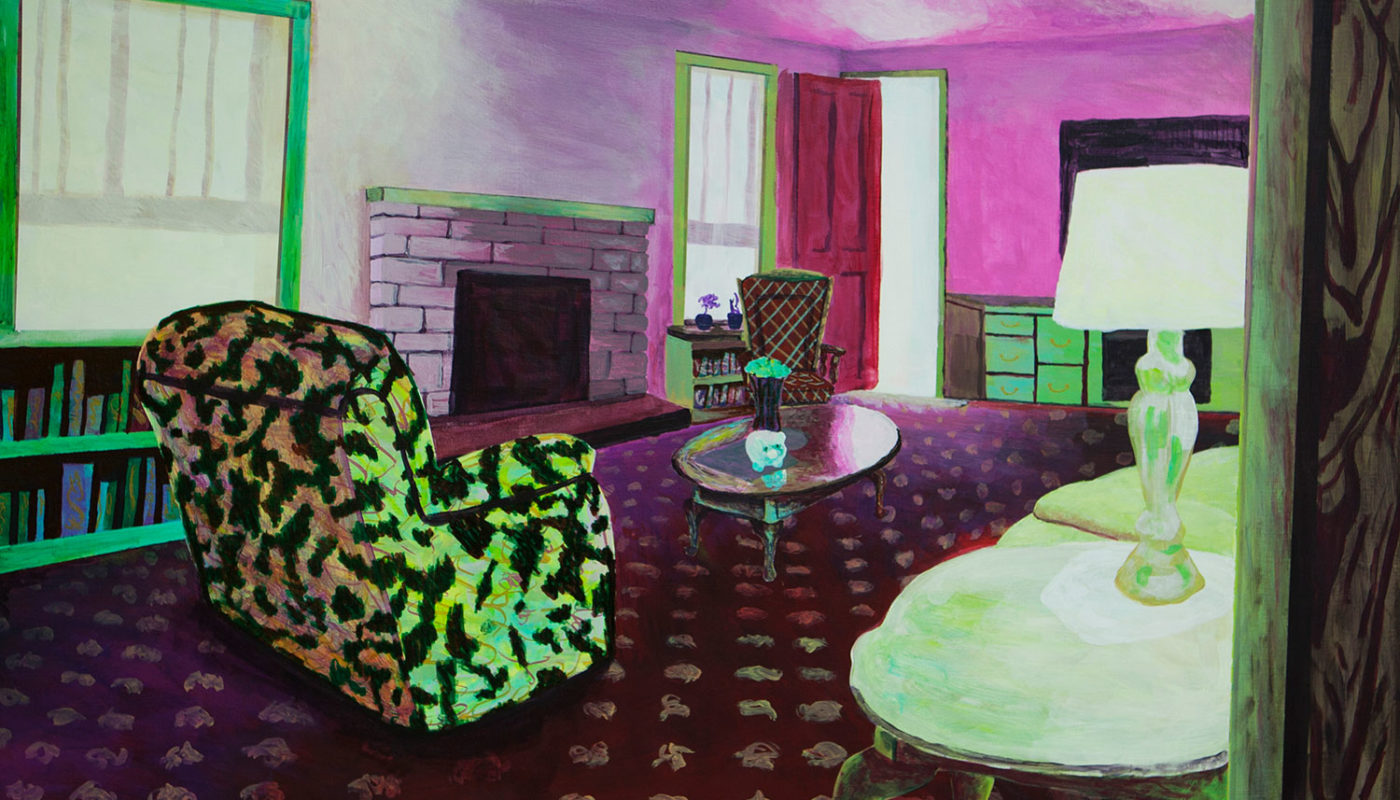 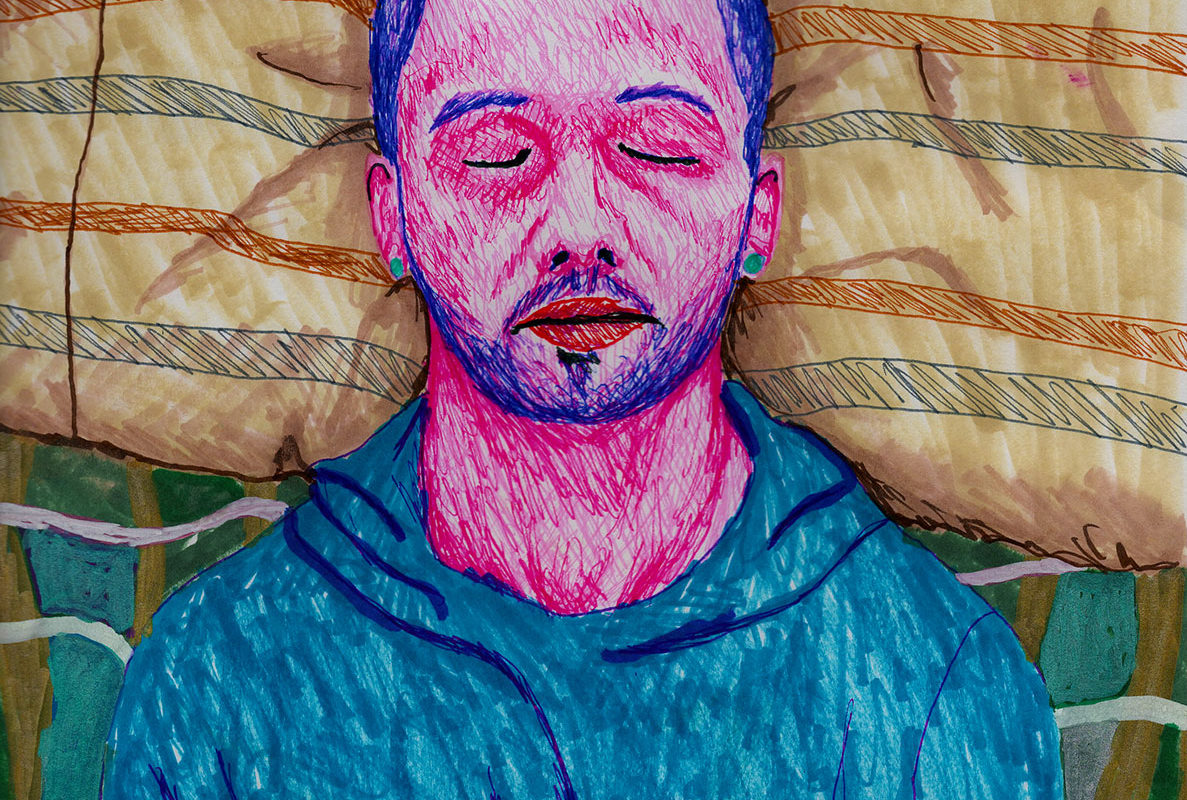 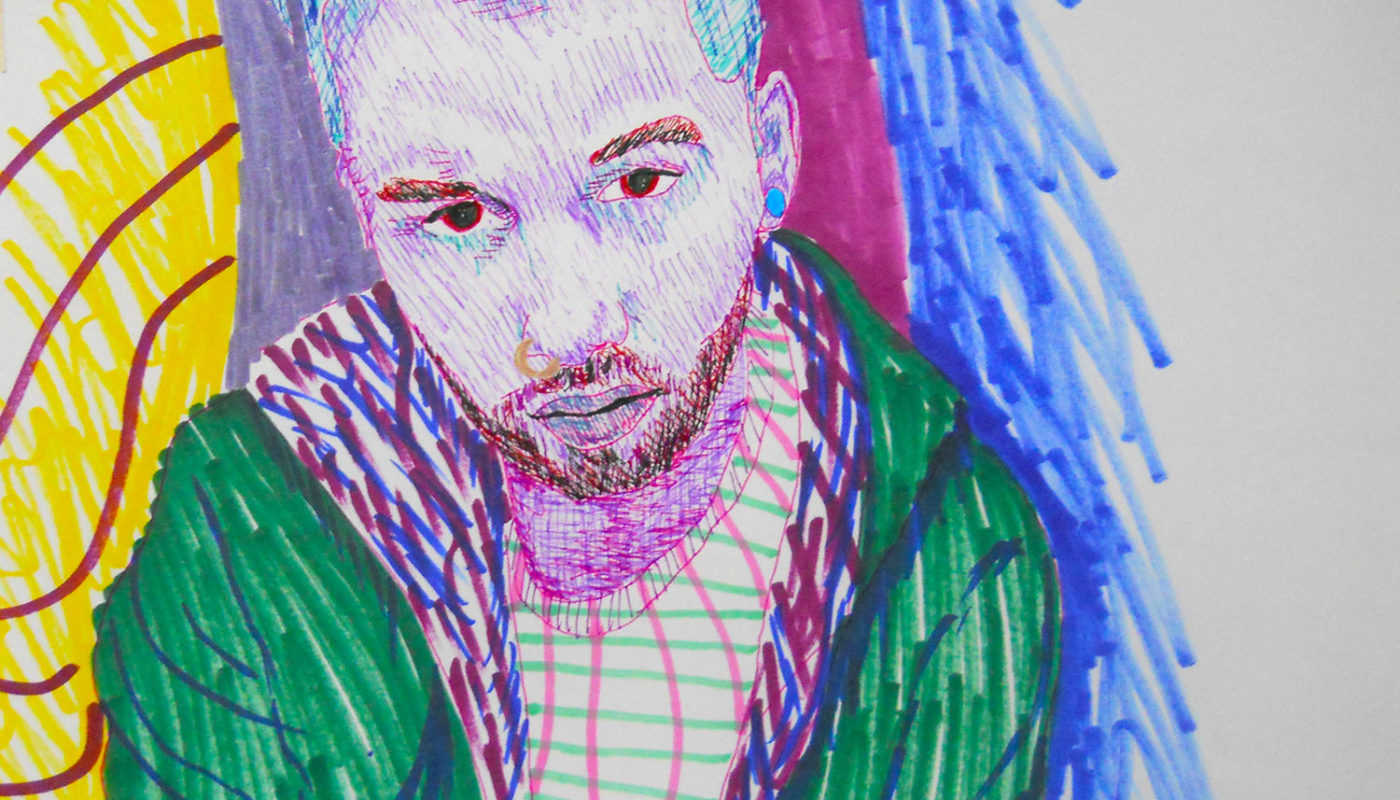 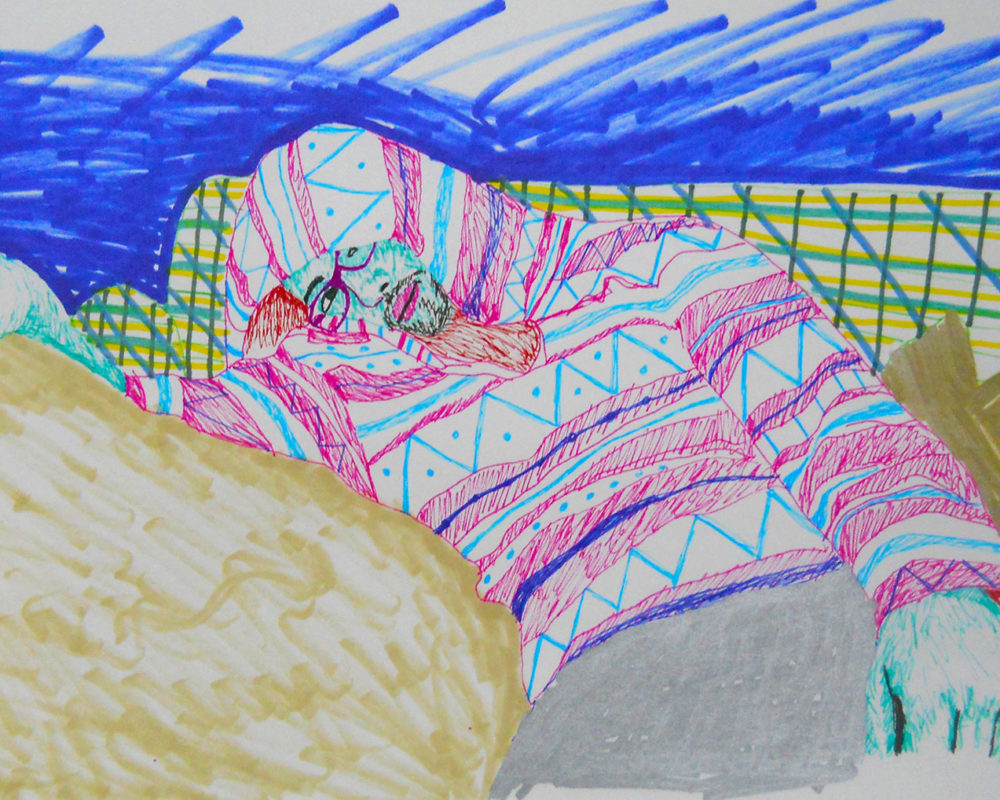 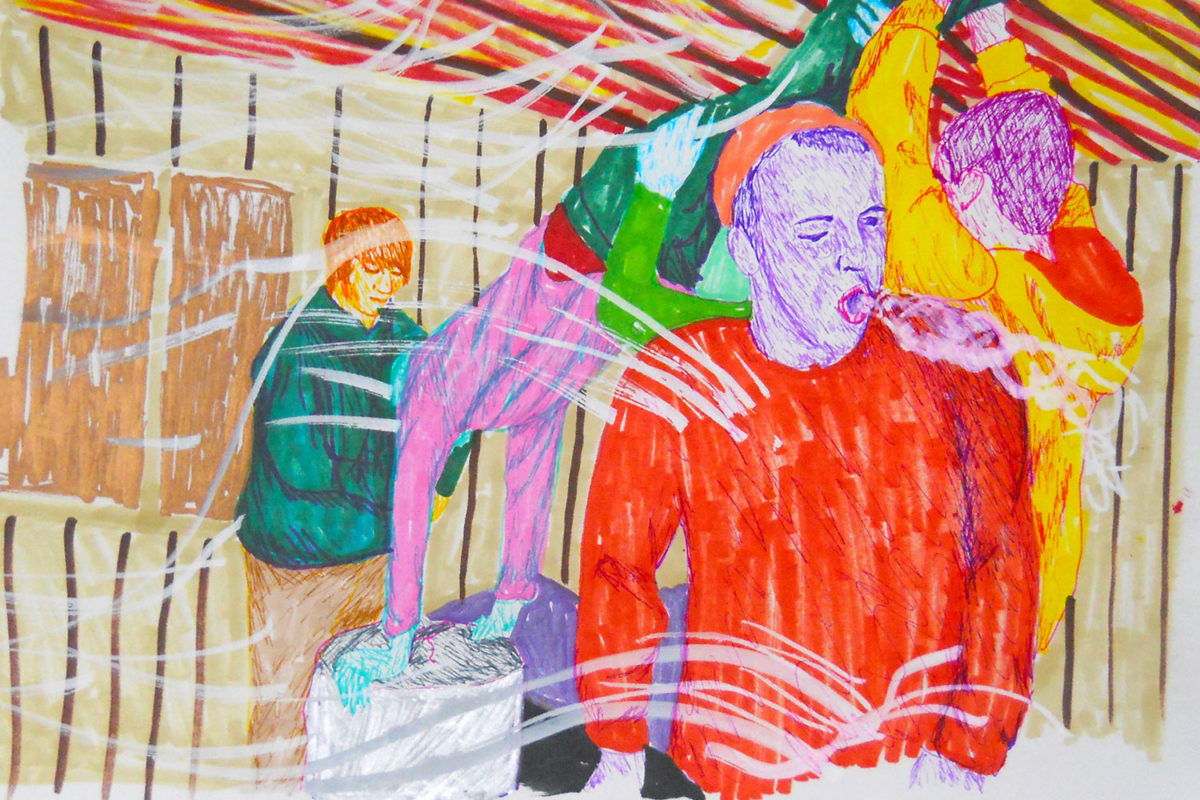 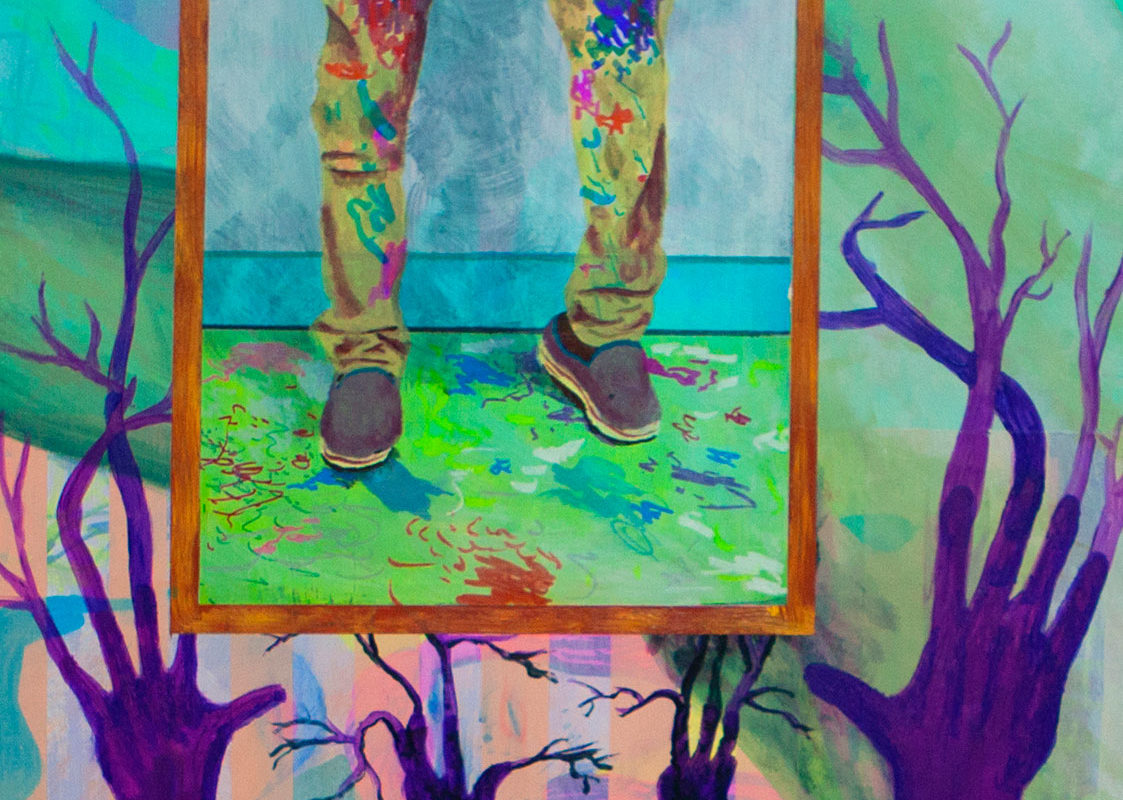 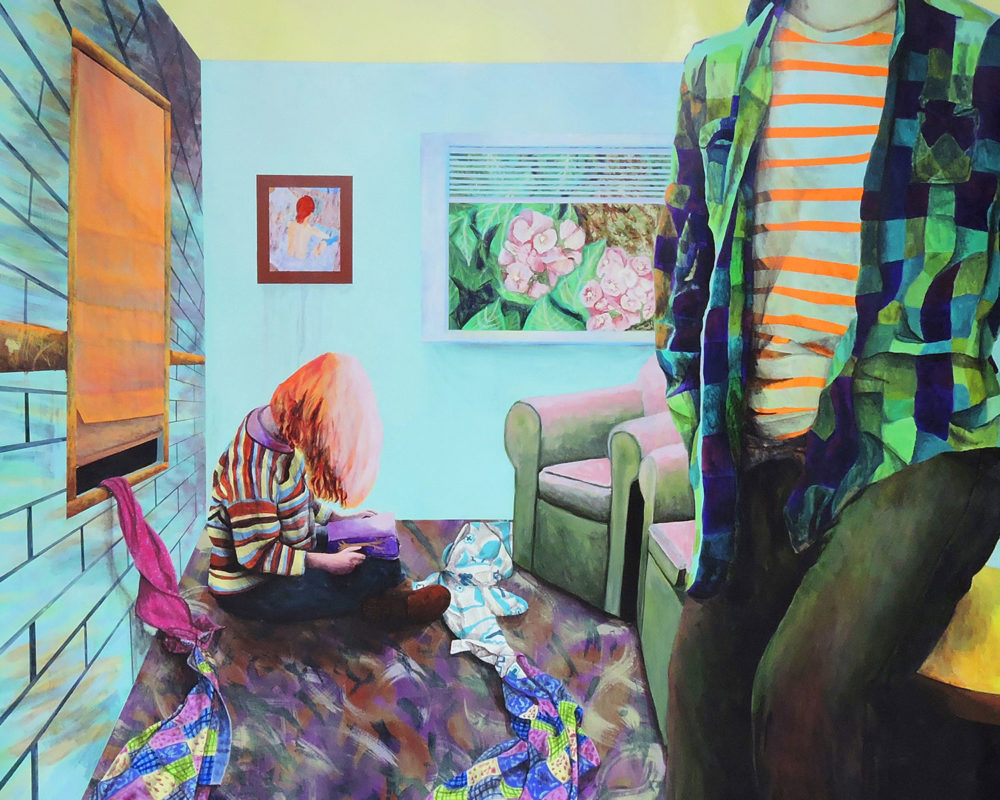 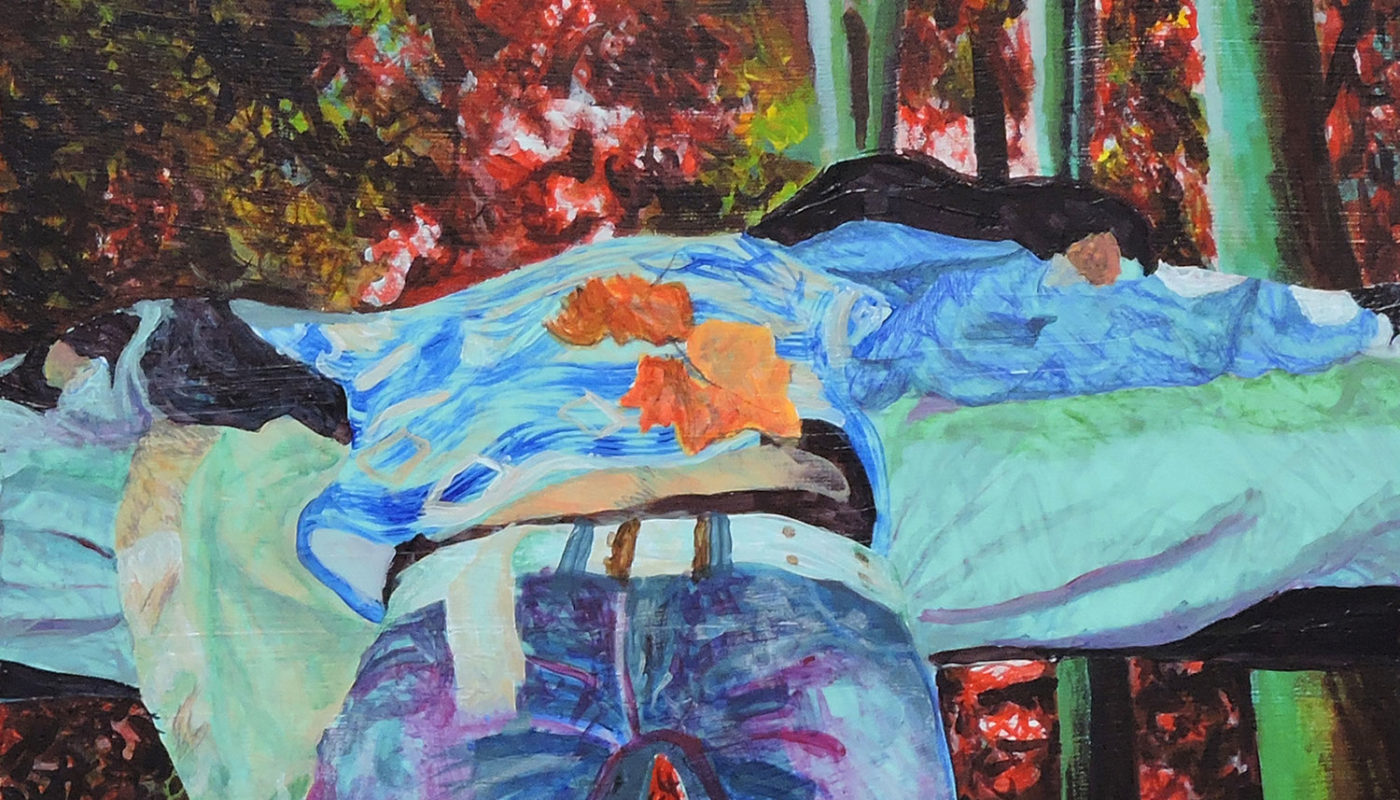 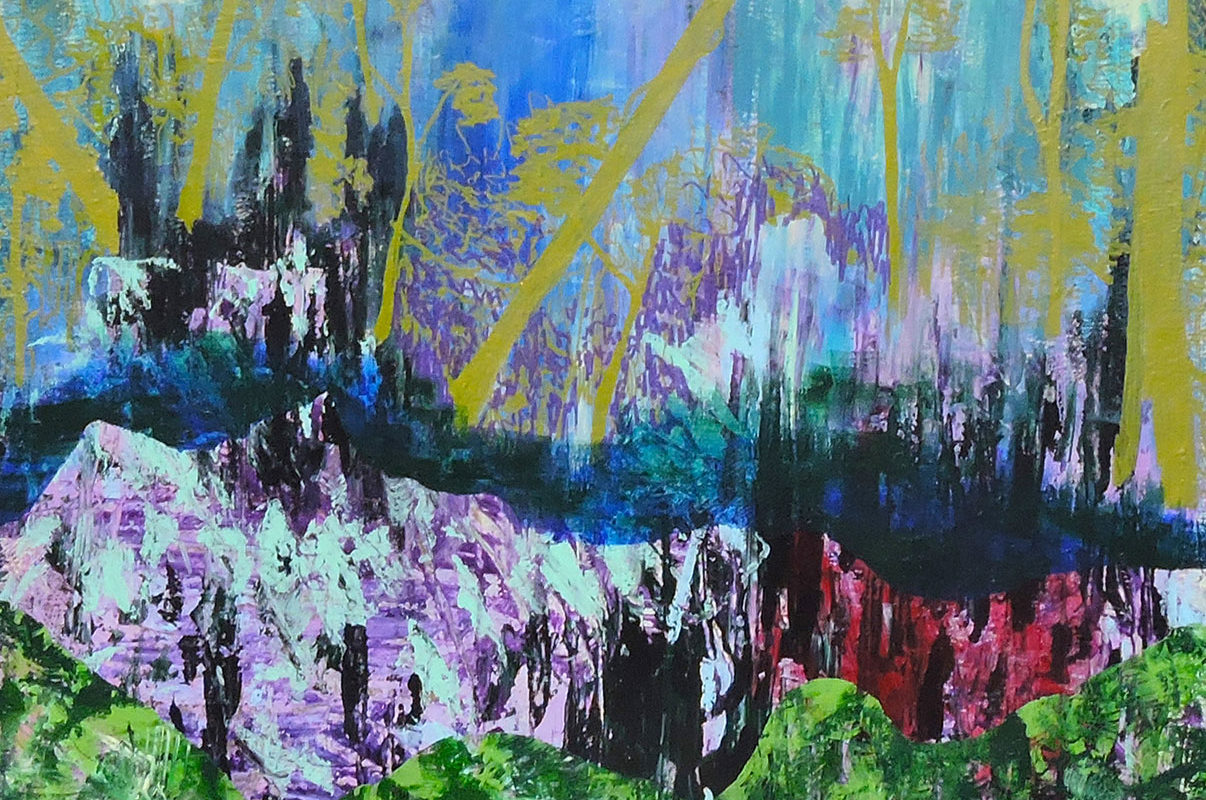 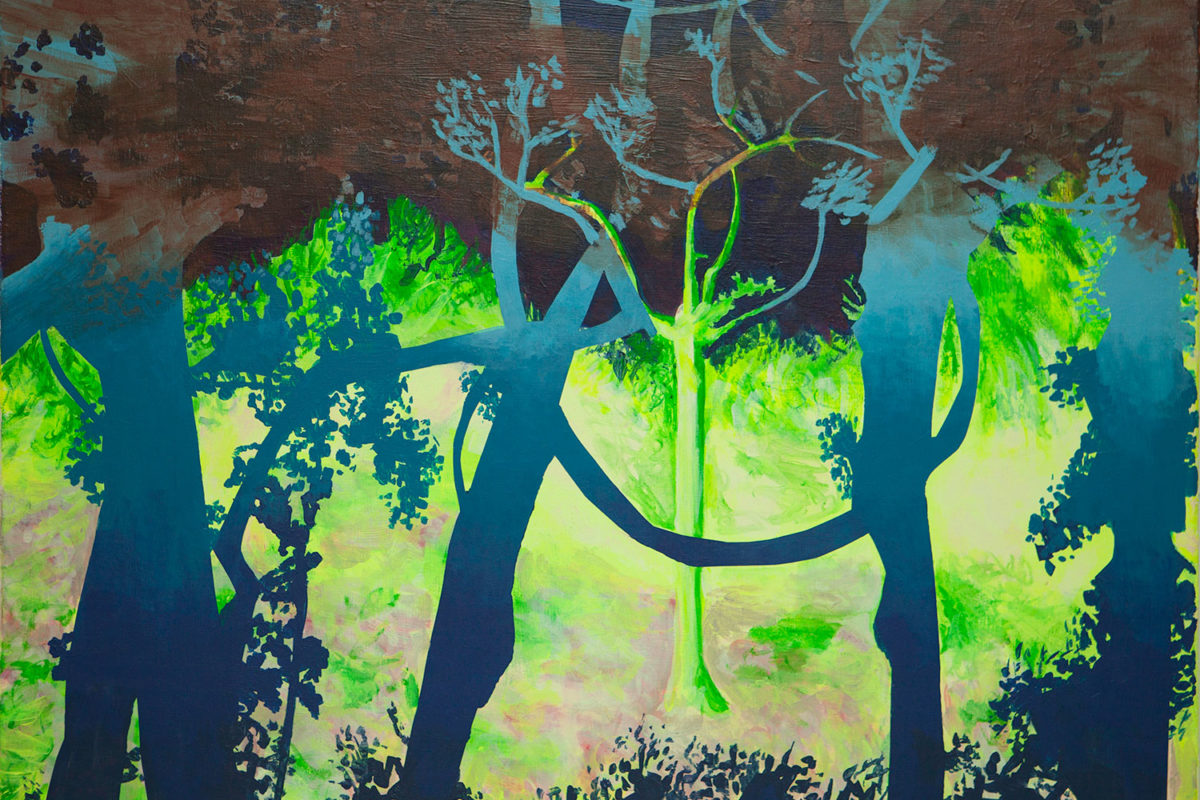 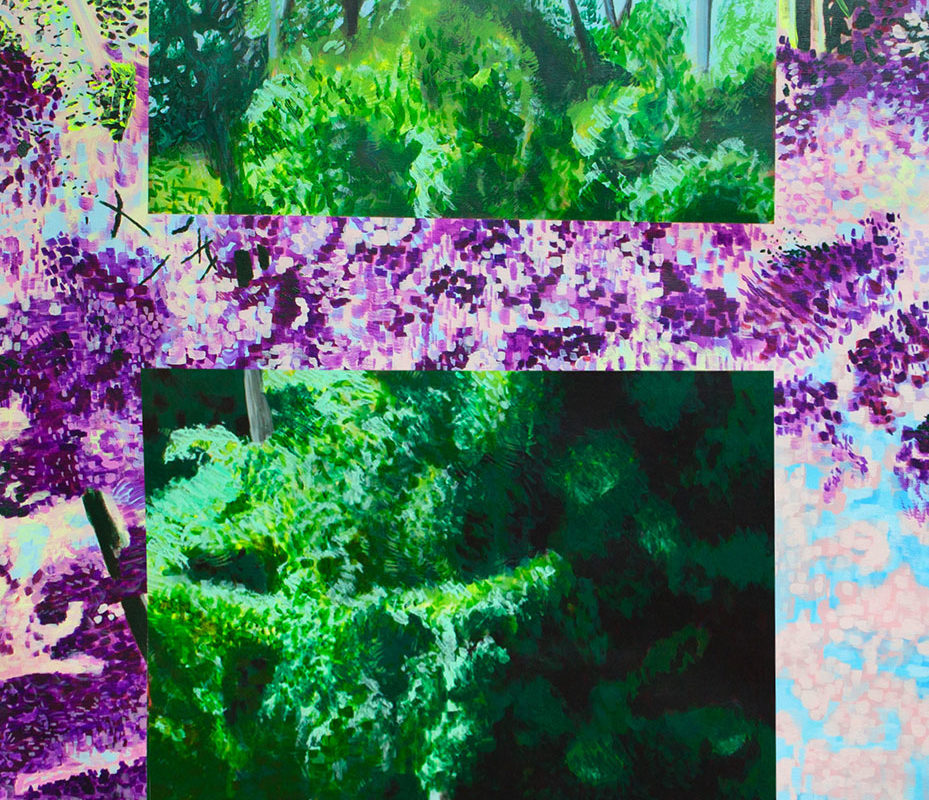 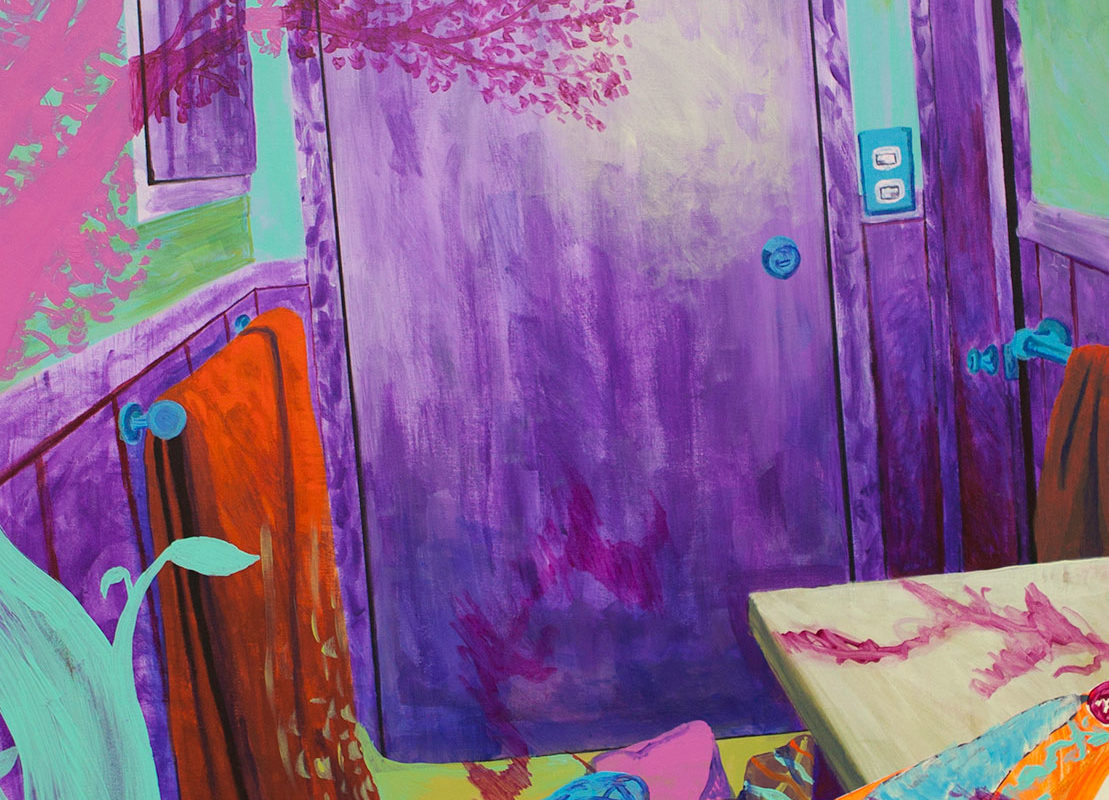 Prof Lieu: “What’s immediately evident to me, looking at your portfolio, is that you’re somebody who has an enormous range of different kinds of skills and interests, and I think, given that you’ve just completed your BFA in studio art, that’s such a wonderful place to be because what that says to me is that you have so many different options in terms of the different places that you could take your work.

I think, sometimes, people come out of art school and they have one particular thing that they want to work on, and I actually think that can be a really big limitation because then you’re less willing to experiment with a lot of things.

Now, I think, for you, it’s sort of a curse and a blessing, because you are so good at working in such a wide range of different styles and means that it also becomes a big challenge in terms of achieving that cohesion that you want to eventually get to work professionally as an artist because, if you want to show at the gallery level, you are going to have to be able create a cohesive body of work that is based on a particular theme that really holds together, so you don’t have a body of work that looks sort of like a mismatched Patchwork quilt and I think that you were definitely who’s on the way towards developing that cohesion, but there are a couple things that I think you can do to push yourself in that direction without also forcing it at the same time.

I have seen a lot of artists who are too anxious to get to that point of cohesion, to the point that they force themselves to do different things, stylistically, that feel unnatural and contrived, and then you end up with work that I think is not very genuine and not very interesting.

I know that when I finished art school I sort of felt like my brain was exploding with all these different kinds of things and I found it really difficult to think straight because there were almost too many things to think about, and I really felt like I needed a good year to sort through all that stuff and clear my head. just so I can start to begin to think about where I wanted to get started.

So, you’re in a great place in that you already have a lot of work that’s extremely diverse and a lot of it’s very ambitious and there are a lot of experimental things that you’re doing with color and texture and pattern, so that’s a really terrific place to be.

And, I think it’s great that you’re so self aware about the fact that ultimately you are going to need to get some more cohesion in terms of your themes and in terms of the visuals of your work. What’s immediately apparent to me, looking at your page, is that color and pattern are hugely important to you, and what I love about the way that you’re treating the colors in the patterns is your pushing them to such an extreme that you really learned to embrace and accept.

I think, sometimes, I see paintings were people are using highly saturated colors because they haven’t really thought about how to correctly balance different kinds of mixtures of colors. But, the way that you’re using color it’s so deliberately vibrant and strong and bold that I really believe it to be extremely genuine. it doesn’t seem like the highly saturated colors are there because you don’t know how to make a color, it seems like they’re there for a very particular reason.

Same thing with texture, when I look at the textures within your pieces you have a huge range of different kinds of texture in which, for example, some are very crisp, graphic, and well defined, but then you also have some paintings where the texture is super gestural and really kind of chaotic and all over the place so, again, it’s that kind of diversity that you have that you were able to make any kind of pattern that you wanted to make which is so wonderful about your work.

Your brush work is also, I think, extremely accomplished. One thing that I see a lot in a lot of brushwork is, a lot of paintings will have brushwork that’s too monotonous, in that I almost feel like when I look at the painting that the painting has been painted with one brush, and you can kind of see that one brush repeated over and over again in the same painting.”

Donate to keep Art Prof free for all!